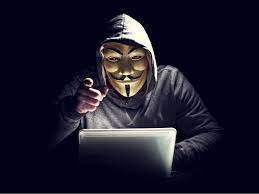 At least 16 African banks, financial services, and telecommunication companies have been attacked by a French-speaking cyber criminal named OPERA1ER, which has stolen at least $11 million since 2018.

A new report by cyber security firm, Group-IB in collaboration with Orange CERT Coordination Center shows companies in Cote d’Ivoire were the most targeted.

The first says it’s been tracking OPERA1ER’s activities since 2019; however, they waited to publish its findings until the group resurfaced after a 2021 break. Now the gang is back in action, the analysts explain, allowing Group-IB to document their OPERA1ER TTPs from 20219, as well as the latest iteration in 2022.

It disclosed the gang stole an estimated $11 million but the amount could be up to $30 million.

“Despite relying solely on known ‘off-the-shelf’ tools, the gang managed to carry out more than 30 successful attacks against banks, financial services, and telecommunication companies mainly located in Africa between 2018 and 2022.