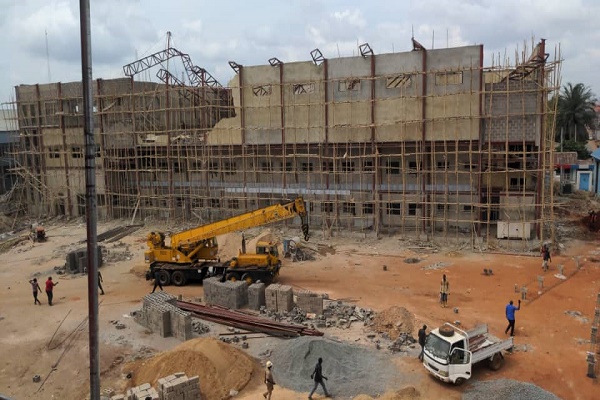 Three persons have been feared dead after the collapse of a multi-storey indoor sports complex at the Stephen Keshi Stadium in Asaba, Delta State collapsed.

Scores of construction workers also sustained various degrees of injuries and are presently receiving treatment at the hospital.

Among the dead, our correspondent learnt, were construction workers at the site of the building.

The two-storey is under construction in preparation for the 21st National Sports Festival (NSF) to be hosted at the stadium from November 28.

A team of journalists who went to access the level of damage was manhandled allegedly on the orders of the chairman, Delta State Sports Commission, Tonobok Okowa.

Okowa, who doubles as Co-Chairman of the Local Organising Committee (LOC) for the festival tagged Asaba 2022, shouted: ” Send them out of this place, journalists are not needed. Are they still here ?collect their gadgets and bundle them out of here.”