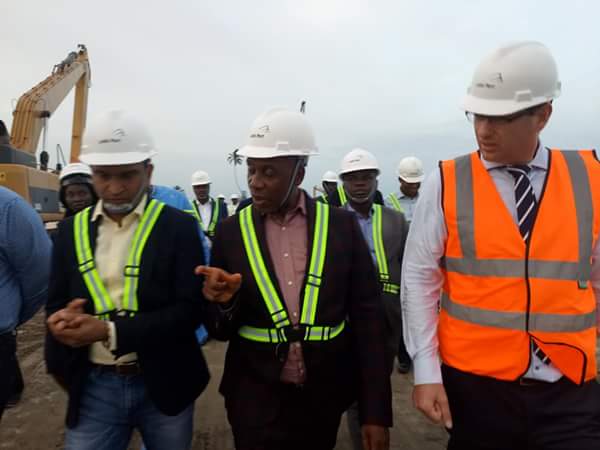 The Minister of Transportation, Chibuike Rotimi Amaechi has disclosed on Sunday that the Lekki deep seaport in Lagos will commence commercial operations in September this year. The minister also added that the project, which was executed through a Build Operate and Transfer (BOT) arrangement will contribute $360 billion to Nigeria’s gross domestic product (GDP).

The minister said this during an inspection tour of the facility in Lagos.

Lekki Port LFTZ Enterprise Limited (LPLEL) was awarded a 45-year concession of the deep seaport by the Nigerian Ports Authority (NPA) on a build, own, operate and transfer (BOOT) basis.

Under the agreement, the company is required to develop, finance, build, operate and, at the end of the concession term, transfer the port to the NPA.

The minister said the Lekki deep seaport would commence commercial activities in September this year.

According to him, the port is a privately-funded project and its investors would recoup their money before handing over the seaport to the federal government.

“The project will contribute about $360 billion over the years. It sounds much, but we actually need more of that money to accomplish what we want to achieve,” Amaechi said.Advertisement

“But obviously, taxes will be collected here and even them (contractors) will pay taxes. I am not sure there was any taxes mentioned in the agreement, but I doubt there is any tax exemption.

“So, we will collect taxes here. The confidence in giving them the project is because of the taxes that we will collect here which will help us in the construction of other projects.”

Speaking on the need to expand the seaport, Amaechi said the port was not spacious enough to deal with expected rise in economic activities in the future.

“The argument we had in cabinet is that the need for a deep seaport at Lekki was as a result of the fact that the demand for port activities in the country has exceeded the supply of Tincan and Apapa around Lagos.

“Right here, you have 16.5m draft which is good for the country, but the country needs more than just one of this port because of the increase in commercial activities in the future.

“We need just more than Lagos deep seaport and for me, before I leave office, I will emphasise on the construction of the Bonny deep seaport.”

The transportation minister also expressed his wish to connect the Lekki deep seaport to a rail line.