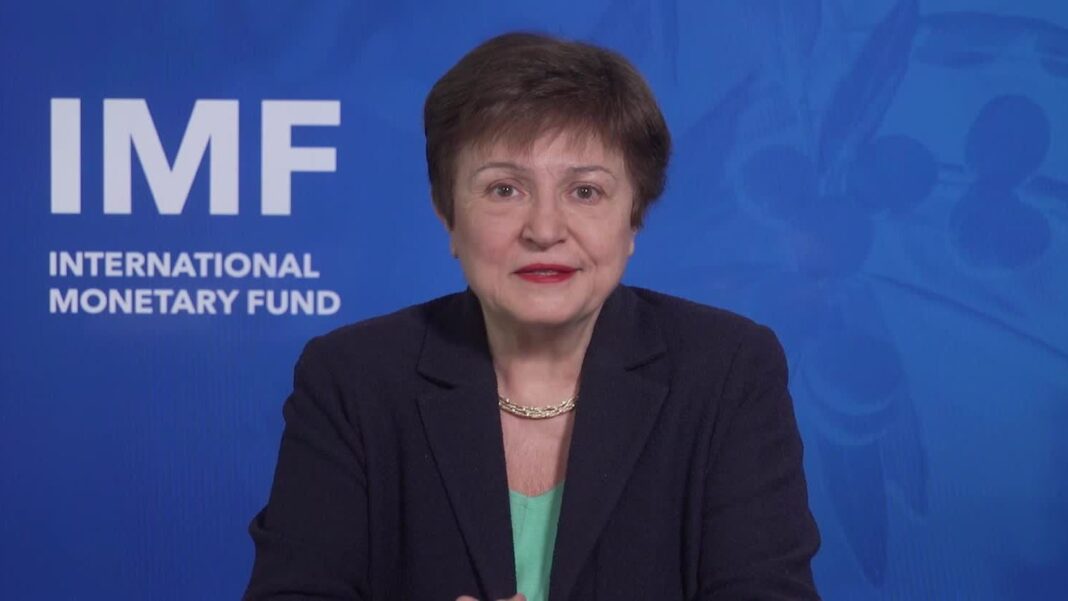 The ongoing war between Russia and Ukraine and the attendant economic sanctions slammed on Russia by western economic powers will have a devastating effect on the economy of African countries, according to Ms Kristalina Georgieva, Managing Director of the International Monetary Fund (IMF).

Nicholas Mombrial, IMF media spokesman delivered this damning verdict on behalf of his boss on Thursday following a meeting with African Ministers of Finance, and African central bank governors.

Also at the meeting, called to discuss the impact of the crisis in Ukraine, were representatives from the United Nations Economic Commission for Africa (UNECA). Georgieva said the war in Ukraine was devastating the lives of millions of people and severely affecting the Ukrainian economy.

“The war and the unprecedented sanctions imposed on Russia are having far-reaching consequences,” she said. According to her, the crisis came at a delicate time for Africa. She said that was particularly so as the global economy and the continent were beginning to recover from the ravages of COVID-19 pandemic.

“This new crisis threatens to undo some of that progress. We discussed how to sustain Africa’s recovery—already lagging other regions — despite significant new obstacles,” she said.

She listed areas where Africa was particularly vulnerable to impacts from the Ukraine war to include increased food prices, higher fuel prices, and lower tourism revenues. Georgieva added that the continent also faced more difficulty in accessing international capital markets.

“This is a critical moment for the international community and policymakers to come together, and I was very encouraged by the strong interest from African policymakers in continuing our dialogue on policy responses.

“I noted, in particular, significant concerns about the limited domestic policy space to sustainably address the ongoing crises.

“Redoubling efforts to advance reforms that further promote resilience is a priority for many countries.

“At this difficult moment, the Fund stands ready to help African countries address the repercussions of the war and to help design and implement reforms through our policy advice, capacity development, and lending.

“I was also pleased by the ongoing strong interest from African countries in the proposed Resilience and Sustainability Trust, which we plan to have fully operational by the end of this year,” she said. # IMF Says Russia-Ukraine Crisis to Impact Africa Economy