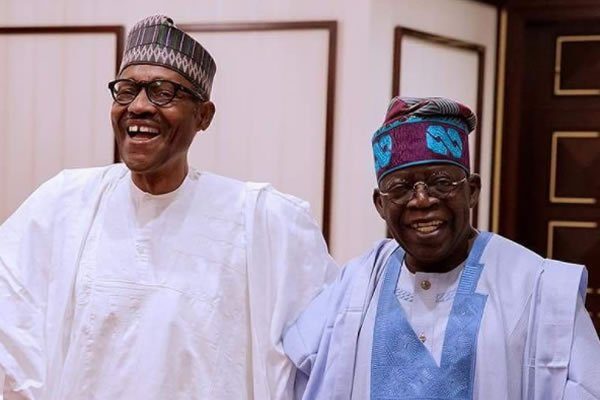 A report by the Sunday Tribune indicate that the ruling All Progressives Congress (APC) has ceded the position of the president to the South West while President of the Senate was zoned to the South East.

The latest information, if true, will further brighten the chances of Senator Bola Ahmed Tinubu, APC national leader who had indicated his interest to take from President Buhari in 2023. Vice president Yemi Osinbajo is also believed to be interested in the race, although he is yet to formally declare his intention.

Under the arrangement, the South East, would produce the Senate President, the North East would pick the Vice Presidential slot and the North West the Speaker of the House of Representatives, according to the report, which said the decision came “after initial hiccups.”

The new arrangement tallies with the zoning structure of the Peoples Democratic Party (PDP), then the ruling party in 1999, with Olusegun Obasanjo from the South-West as president, Atiku Abubakar, North-East, Vice President and the South East parading the late Evan Enwerem, Chuba Okadigbo, Anyim Pius Anyim, Adolphus Wabara and Ken Nnamani as Senate Presidents at different times in the eight years of Obasanjo.

During the same Period, the North Central produced the National Chairman of the party, with the quartet of Solomon Lar, Barnabas Gemade, Audu Ogbeh and Ahmadu Ali taking turns at different periods, a line, the report said may be toed with APC National Leader, President Muhammadu Buhari, said to have favoured former Governor of Nasarawa State, Adamu Abdullahi, currently a Senator.

Party bigwigs seeking higher government positions were said to have worked tirelessly behind the scenes to ensure their geopolitical zones did not get the top party office, in order not to have their ambitions derailed.

Efforts to earlier zone the chairmanship of the party to South-West reportedly met with stiff resistance, following rumors that its acceptance would affect the consideration of the zone for the presidency. South-East, also tipped for the office at a point, eventually lost it to strong resistance from individuals from the zone seeking higher party and government positions.

South-East eventually landed the Deputy National Chairman (South) slot, for which President Buhari is reportedly backing former Senate President, Ken Nnamani. North-West major stakeholders also allegedly worked against having the national scribe position zoned to them, considering the earlier rumour some individuals from the zone were eyeing the Presidency after eight years of President Buhari from the zone.

The number four position in government was eventually yielded to the president’s zone.