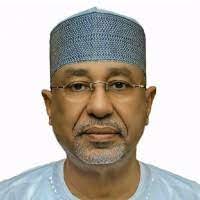 The Senate Public Accounts Committee meeting on Friday directed the Managing Director of Bank of Agriculture, Alwan Hassan, to refund the sum of N49m for his failure to show evidence that the Bank actually purchased two brand new Toyota Prado and Ford Ranger SUVs.

The vehicles were to be used for monitoring of Agriculture Mechanisation programme.

The Senate Panel had summoned the Managing Director of the Bank of Agriculture following a query on the issue.

The query was raised by the Office of Auditor General in its 2017 report on the missing Jeeps in the Bank of Agriculture in Kaduna State.Advertisements

However, when the Managing Director of the Bank appeared before the Panel to respond to the query of the missing vehicles worth about N49 million, no document was presented to the members of the Committee to indicate that the vehicles were even purchased.

Hassan was only able to present a letter from Ministry of Agriculture, which mandated him to withdraw money from the Agricultural Mechanization Fund to procure the vehicles.

Members of the Committee were shocked as the Managing Director of the Bank was unable to show any concrete evidence that the vehicles are on ground.

The Chairman of the Committee, Senator Matthew Urhoghide, wondered how the MD paid for such vehicles without seeing them in the first place.

The Chairman submitted that those vehicles were never bought by the Bank of Agriculture and sustained the query of the Auditor General against the bank.

Urhoghide also ordered the refund of the amount expended for purchase of the vehicles into the Federation Account.

“These purchases were purportedly made as project vehicles for the Agric Mechanization programme. The management of the Bank could not justify the choice and the use of these exotic vehicles for supervision. The vehicles could also not be produced for inspection during the periodic check.

“The Managing Director should be compelled to account for all the stated motor vehicles, or refund to Government the sum of N49,026,333.32.”