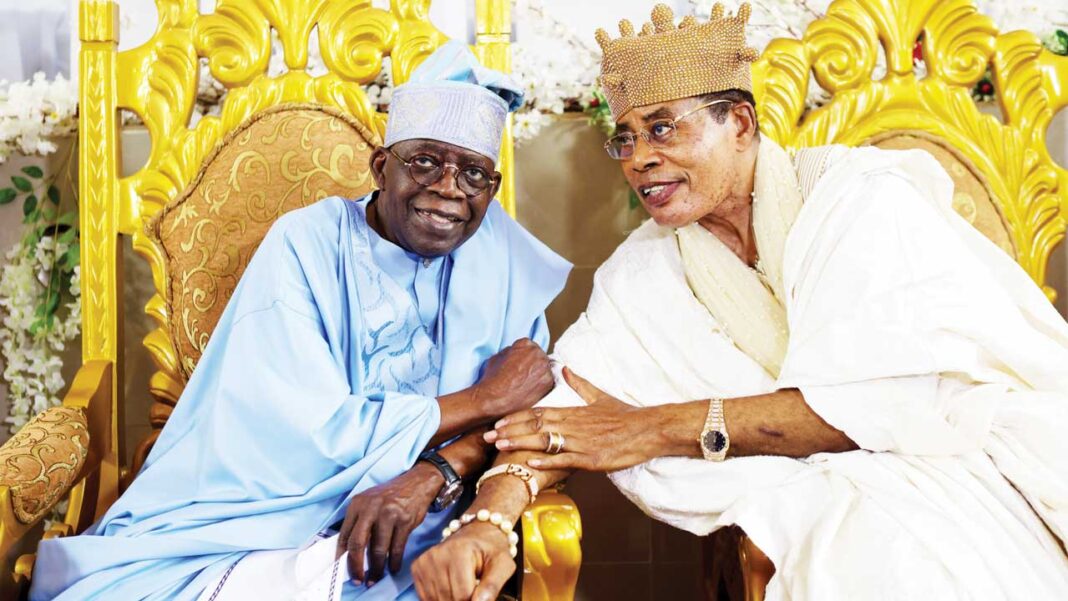 The presidential ambition of Asiwaju Bola Ahmed Tinubu got a boost on Friday as the Olugbo of Ugbo Kingdom in Ondo State, Oba Fredrick Akinruntan, declared him his preferred candidate for the 2003 presidential election.

The respected monarch spoke while hosting the APC chieftain in his palace on Friday.

Akinruntan said regardless of other aspirants contesting for the presidency, Tinubu “is our president”.

“He’s been the governor in Lagos state. And he has been a sort of controller of this country,” the Olugbo said.

“Without him, the country cannot move. A lot of people are saying they want to be president. Why can’t they come out? They should come out.

“For us, this is our president. Whether you like it or not, I’m going to start my campaign for him.”

On his part, Tinubu declared himself the “most qualified” for the presidency, saying he is ready to battle for the position.

“I don’t run away from battles. I am very particular and passionate about democracy. During MKO, we tried, but we could not get it. When they met us, we sought your support, and Buhari became the president.

“I have gone to inform Buhari that I want to contest, particularly that it is remaining few months for him. It is not a matter of fight. The constitution stipulated it. Buhari told me to go ahead and declare.

“I informed Buhari so that people would not be saying who did I inform before taking the decision. I am the most qualified to become the president. I will ensure that our children get employed, there will be industries and all-around development across the country.”