Russia to stop rocket engine deliveries to US, says America can fly to space on their “broomsticks” 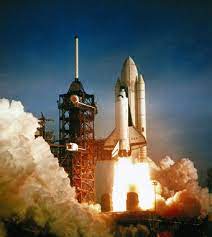 As the relations between the United States of America and Russia nosedive due to the latter’s invasion of Ukraine, a sovereign nation, Russia’s State Space Corporation Roscosmos has announced the company will halt the deliveries of rocket engines to the United States. This decision, according to Roscosmos executive, Dmitry Rogozin is in response to anti-Russia sanctions spearheaded by the United States.

“Today we have made a decision to halt the deliveries of rocket engines produced by NPO Energomash to the United States. Let me remind you that these deliveries had been quite intensive somewhere since the mid-1990s,” Rogozin said.

The ban applies to RD-180 engines that are used on US Atlas V launch vehicles as the main propulsion systems and RD-181 thrusters operated as the first stage of Antares rockets, the Roscosmos chief specified.

“As of today, there were plans to deliver an additional 12 RD-181 engines in 2022-2024 and talks were also held with the United States on the delivery of RD-181M engines with improved operational characteristics but we believe that in this situation we can no longer supply the United States with our best engines,” the Roscosmos head said.

The two affected Russian engines are reliable and powerful, having formed the main thrust for ULA Atlas V launches for 20 years, as well as Antares rockets.

Tech Crunch analysts opined that the preparedness of the U.S. legacy launch providers and the evolvement of private initiatives like SpaceX and Rocket Lab will numb the impact of Russian’s decision.

They pointed out that the enormous investment of private and government sectors in a new generation of U.S.-designed and U.S.-launched rocketry and vehicles was a practical decision.

“The fruits of that investment are now becoming clear and it may very well be that, a decade hence, Russia may be looking for rides on American broomsticks”, according to Devin Coldewey of Tech Crunch.