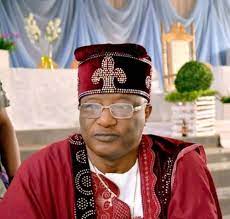 Seven suspects charged with the murder of Timothy Adegoke, a post graduate student of Obafemi Awolowo University (OAU)Ile-Ife, have been remanded in prison on the orders of an Osun State high Court sitting in Oshogbo.

One of the suspects is Rahman Adedoyin, the proprietor of Hilton Hotel and Resort, Ile Ife, where the late Adegoke logged when he came to Ife for an exam on November 5, 2021. Adedoyin is also the proprietor of Oduduwa University, also in Ile Ife.

Oyebola Adepele-Ojo, the presiding judge, gave the order on Thursday during the arraignment of the suspects.

The judge ruled that they should be remanded at the Ilesa correctional facility.

Fedredsnews had earlier reported that Adegoke, a postgraduate student of the Obafemi Awolowo University (OAU), was said to have traveled from Abuja to write an exam at a distance learning centre in Moro, Osun state on November 5.

He was declared missing but was found dead some days later.

The police had arrested Adedoyin and the six suspects said to be staff members of Hilton Hotels and Resort, Ile-Ife where the deceased lodged.

The suspects are facing an 11-count charge bordering on conspiracy and murder among others — although they all pleaded not guilty to the charges.

During the court hearing, the counsel representing the suspects moved applications for bail for the first to sixth defendants.

The prosecutor, however, opposed the bail applications.

In her verdict, the judge adjourned the case to Friday to hear the bail application while the trial is expected to resume fully next Monday.