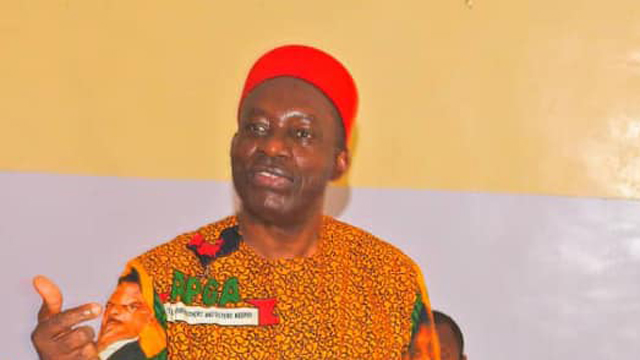 The Independent National Electoral Commission (INEC) is set to announce the victory of the candidate of All Progressive Grand Alliance (APGA), Professor Charles Soludo as the winner of the 2021 governorship election in Anambra State.

Reports from the various collation centres indicate that the former Finance Minister was leading in 17 out of 21 Local Government Areas (LGAs) in Anambra State.

There was no election at Ihiala local government areas due to the late arrival of voting materials and other issues, whereas results for Orumba North LGAs were not announced following allegations by the Collation Officer, Dr Michael Otu that he was forced to sign it under duress.

INEC also revealed that there were other polling units across all the local government areas where elections were either cancelled or not held due to pockets of violence, manipulations, absconding with result sheets, over-voting, failures of Bio modal voting machines and other issues.

The Collation Officer for Orumba North LGA, which has 18 polling units and 93608 registered voters, Dr Michael Otu alleged that he was forced to sign the results at Ajalli, the headquarters of Orumba North LGA under duress and coercion, even as he accused the EO of owing the police and conniving with those that forced him to sign results against his wish.

“I signed the document under duress and coercion. I was surrounded by enemies who brought thugs to kill me. It was a very pathetic experience. First was the police crisis that took place at the place, BVas issues and mutilation of results sheets. I was held hostage in the toilet. At a time, a woman, the LG Chairman came and told me that I have to sign it because if she loses the election she will lose her job,” Otu stated.

Senator Victor Umeh, the APGA State Collation Agent, however, refuted his claims and urged the INEC to declare the result as according to him, the election was conducted in the council area without any issue and his party won.

Responding, the NEC Returning Officer and Vice-Chancellor, University of Calabar (UniCal), Prof. Florecene Obi,  directed the Chairman of Academic Staff Union of University (ASUU) UNICal, Dr John Edong and others to collate the result amidst Collation agents and bring back the results to be announced.

Final results and pronouncements on the election were being awaited as of press time. However, below is the official INEC results for the election per local government areas.