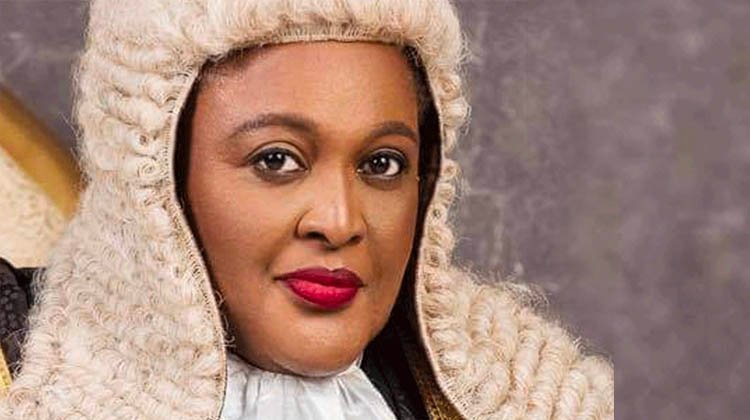 Reports from credible sources indicate that the search warrant presented as a legal paper to conduct a search on the home of Justice Mary Odili, a supreme court justice carried a wrong address.

Recall that security operatives on Friday stormed Number 7, Imo river street, Maitama, FCT Abuja residence of the judge on the alibi that they received information on “illegal activities” going on in the house.

The justice is the second in line to Ibrahim Tanko, the chief justice of Nigeria (CJN). She is also the wife of Peter Odili, a former governor of Rivers state, and chieftain of the Peoples Democratic Party (PDP) who is currently on the watchlist of the Economic and Financial Crimes Commission (EFCC).

The search warrant presented by the operatives indicates that one Aliyu Ibrahim had, on October 13, deposed to an affidavit stating that he has “observed some illegal activities going on in some houses within Abuja and its environs”.

“That I am sure and convinced that the kind of activities going on in those houses within Abuja is illegal and hereby report the said matter to the law enforcement agency,” the affidavit reads.

“That I hereby state that all information provided by me to the Economic and Financial Crimes Commission (EFCC) are true and correct to the best of my knowledge.

“That this affidavit is made in good faith and for record purposes.”

Consequently, one Lawrence Ajodo, identified as a chief superintendent of police and a member of the investigation team under the asset tax recovery panel of the ministry of justice, sought a warrant to carry out a search.

“That on the strength of the affidavit, we seek for a search warrant to enable us to carry out investigation at No. 9, Imo street, Maitama, FCT, Abuja,” the police officer had said.

The warrant was granted on Friday by Emmanuel Iyanna, a chief magistrate at Wuse zone 6 magistrate court.

However, a search by Fedredsnews indicates that while Odili’s address is 7, Imo river street, Maitama, the address on the warrant is 9, Imo Street, Maitama.

The search warrant also did not carry the name of the occupants of the premises.

Speaking to journalists at the premises on Friday, Mike Ozekhome, lawyer to Odili, described the warrant as one with “fundamental flaws”.

“It is a fundamental flaw. A search warrant must have the name of the person that you want to carry out a search on his or her house,” he said.

“For that reason alone, they missed the point badly.

“If one wants to give them the benefit of doubt, one can say it was a genuine mistake which was why they quietly withdrew, contrary to the information circulating that justice Odili resisted search.

“On the other hand, it might be politically motivated to embarrass the justice of the supreme court and to embarrass her husband.”