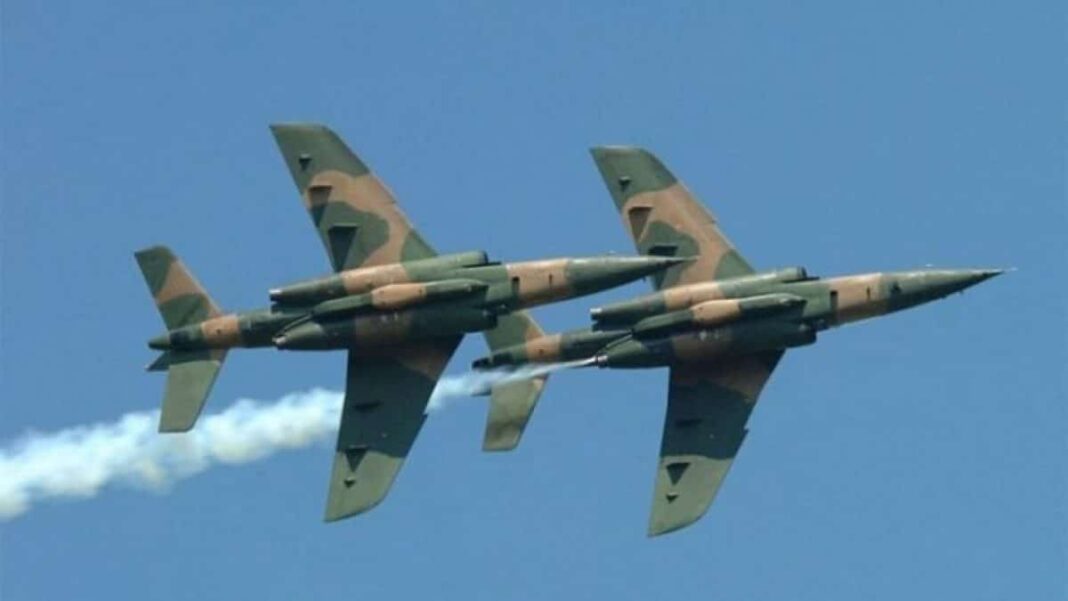 Army spokesman, Brigadier General Onyema Nwachukwu, in a statement late Sunday night said the troops had continued to intensify their onslaught on terrorists’ enclaves in the North East, as in the early hours of Saturday 30 October 2021, the vigilant troops observed the movement of six Gun Trucks within Sambisa Forest general area, which was subsequently located at a settlement near Yuwe.

“The trucks later moved to a remote location, where they were joined by other terrorist elements, in what seemed like a convergence for a meeting.

“Over 50 Boko Haram/ ISWAP fighters were observed to have gathered at the meeting.

“Having clearly identified the terrorists’ hideout, the Air Component of OPHK immediately dispatched two aircraft to conduct air interdiction on the location.

“The strikes, which were carried out under cover of darkness, were successful and devastating, as battle damage assessment corroborated by local sources revealed that over 37 Boko Haram/ISWAP terrorists were neutralized, while several of them reportedly suffered varying degrees of injury,” he said.

Nwachukwu added that in another development, as the aircrafts retreated to base after the air interdiction, the combat aircrew located another set of four Gun Trucks about six kilometres South West of Bama.

He said the aircrew immediately relayed the coordinates of the location of the Gun Trucks to troops of the Land Component at Bama, who promptly engaged the location with artillery fire bombardment, neutralizing the insurgents’ gun trucks.

“The successful joint operations conducted by both the Air and Land Components, with the support of other security agencies under Operation HADIN KAI has yet again underscored the importance of synergy and cooperation in the fight against terrorism and insurgency.

“Troops of OPHK remain resolute and unshaken in their effort to bring the insurgents to their knees,” he said.