M-Belt Forum slams Buhari, blames him for killings of 48 persons in Plateau, Benue 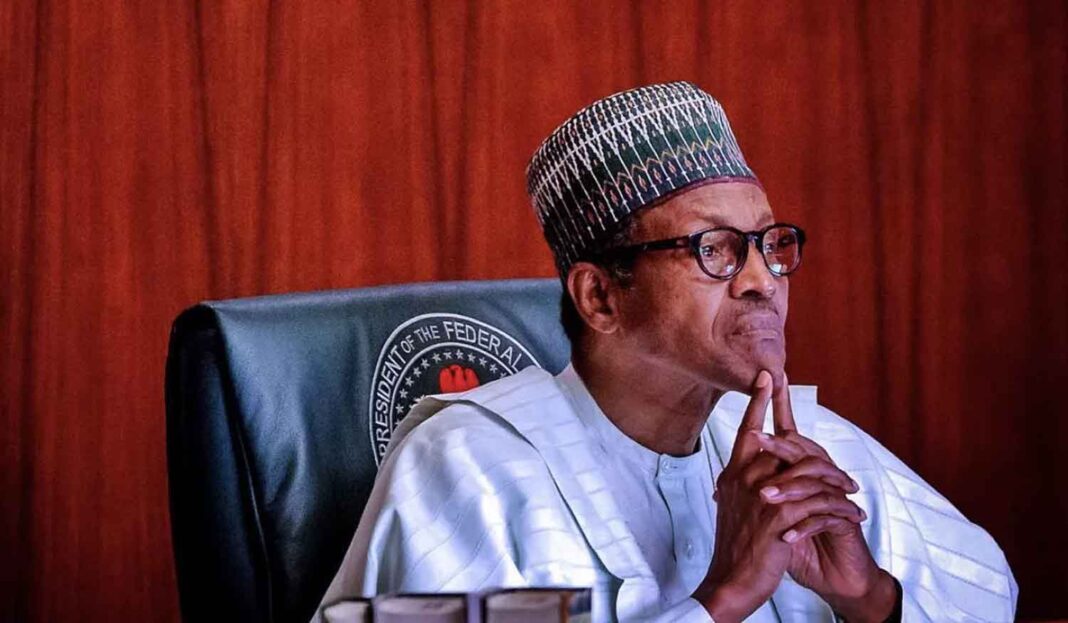 The Middle Belt Forum, MBF, has blamed President Muhammadu Buhari’s lacklustre handling of the country’s security challenges for the recent killings of innocent Nigerians across the country.

The National President of the Forum, Dr Pogu Bitrus, who spoke via a statement issued Friday in Abuja, expressed grave concerns over the worsening state of insecurity in the county, especially in the Middle Belt region where suspected Fulani terrorists on Yelwa Zangam in Jos North, Plateau State, and Yelewta community of Guma Local Government Area of Benue that claimed the lives of 48 persons.

Dr Bitrus, therefore, called for the immediate review of the nation’s top military command structure to tackle these monsters of destruction wrecking Nigeria

In the face of vicious attacks on Nigerian communities that have resulted in the avoidable deaths of thousands of citizens, .

The Forum noted that the fresh killings in Plateau and Benue States ”Coming after a series of threats issued by some Islamic clerics over the killing of the 25 travellers in Jos penultimate Saturday, these attacks seemed to have reinforced the fact that there is a coordinated plot to turn our communities into killing fields in order to satisfy the expansionist agenda of these evil gangs.”

According to the statement, ”If Nigerians are in doubt over this orchestrated evil machination against ethnic nationalities in the country, especially the Middle Belt Region, the breaching of security at the Nigerian Defence Academy, NDA on Tuesday, August 24, 2021, that resulted in the killing of two military officers and abduction of another by the terrorists, the gruesome murder of no fewer than 19 people in Madoh village, Zangon Kataf Local Government Area of Kaduna, lend credence to claims that ethnic nationalities in the Middle Belt are already marked for extermination.

”In investigating the security breach at the NDA, the unrelenting decimation of vulnerable communities in the Middle Belt Region points to a sinister conspiracy to annihilate our people and communities.

”It is clear that the discriminatory structure of our country’s security architecture has opened up our security agencies for infiltration and facilitated attacks on the nation’s elite military’s institution.

”Our security forces must be cleansed of questionable characters whose loyalty is not for the Nigerian state but to certain forces committed to the final destruction of our country.

”That the spiralling insecurity situation is coming less than 24 hours after President Muhammadu Buhari had vowed not to leave office as a failure reaffirms the fear among citizens that the path in resolving the present insecurity is still fraught with thorns that may be difficult to unwrap within the remaining two years of the present administration.

”Despite the promise by President Buhari to crush these terrorists often labelled as kidnappers, unknown gunmen and bandits by security agencies, it has now become imperative for the government to wake up and halt the nation’s march to the precipice.

”More worrisome, the refusal by the President Buhari-government to designate these criminal elements as terrorists have denied the nation the much-needed assistance from the international community to combat these bloodthirsty fiends whose major preoccupation is the enthronement of human butchery and destruction of our country.

”In the face of vicious attacks on Nigerian communities that have resulted in the avoidable deaths of thousands of citizens, the Forum calls for the immediate review of the nation’s top military command structure to tackle these monsters of destruction wrecking Nigeria.

”Furthermore, the Forum finds the planned review of 368 grazing reserves in 25 states as approved by President Buhari as a deliberate attempt to awaken the monster of ethnic animosity that could end up turning our communities into rivers of mass slaughter.

”Even without being told that the matter is not within the purview of the Federal Government, President Buhari ought to know that state governors hold in trust lands on behalf of the people.

”Any attempt to dabble into an issue that is outside the constitutional function of the Federal Government is illegal and ultra vires.

”The Forum has always maintained and supported the adoption of ranching as the global best practice as opposed to open grazing.

”The 19 governors of the South have already ruled out open grazing and endorsed ranching as the best policy to contain security challenges associated with open grazing.

”We call on state governors to commence, without delay, the creation of ranches in collaboration with communities so as to avoid a situation where foreign herdsmen are settled to further unleash destruction on vulnerable communities.

”As the umbrella organisation of ethnic nationalities in the Middle Belt, the MBF is poised to continue resisting any attempt to rob our people of their ancestral lands.

”The Forum wishes to stress unequivocally that it cannot be dissuaded from defending the rights of ethnic nationalities in the Middle Belt as contained in the Nigerian Constitution.

”The Buhari-led government must shed off its toga of being seen as only interested in defending the interest of the Fulani group and people of his own faith.”