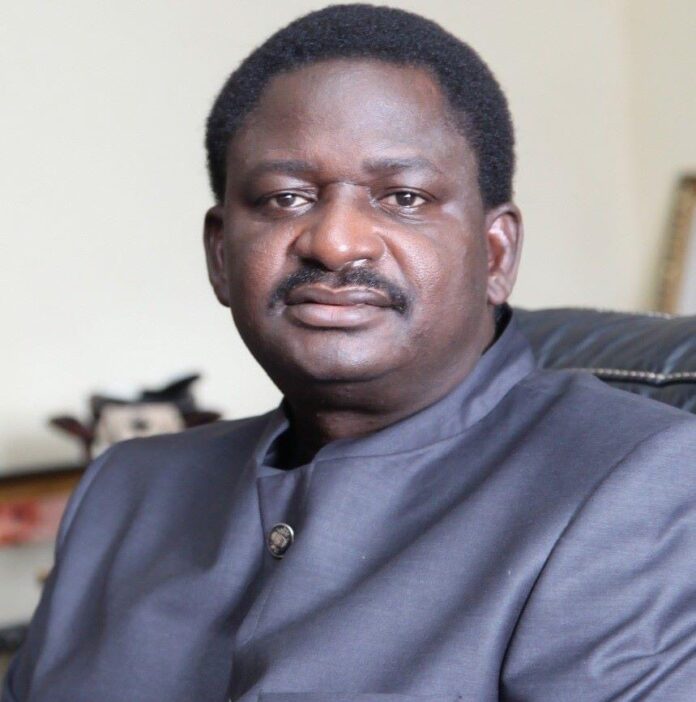 It is both sad and disheartening to observe the construct that some people try to give certain developments in the country.

And that came out in bold relief in this week’s attack on the officers’ quarters of the Nigerian Defence Academy (NDA), in which two people were killed, and one abducted.

The news headlines, the slant of the stories, the analyses and discussions, all tended to paint a narrative of the humiliation of our military, the failure of government, and the fact that anarchy had been unleashed on the land. Watching, listening to and reading all the deliberate obfuscation of the matter reinforces the conviction once again that our country is filled with haters of government, of humanity, of good, and even of God. They deliberately muddy the waters, rejoice at evil and all forms of iniquity.

Since the Boko Haram insurgency started in 2009, Nigeria had been at war, and the security challenge confronting the land has mutated in many ways. Terrorism, banditry, kidnappings for ransom, cult killings, and all sorts have been thrown into the mix.

Insecurity was one of the factors that led to change in leadership in the 2015 elections. Nigerians simply got rid of an inefficient, ineffective government, and voted in Muhammadu Buhari and his party, the All Progressives Congress (APC). The man had done it before, showing strength as a military leader, and he could do it again.

And truly, Buhari took the battle to the insurgents, directing on Inauguration Day that the command centre of the Boko Haram war be moved to the Northeast, where the issue was domiciled. And since 2015, the man has not relented, recording series of successes, and some reversals, which are typical of all human endeavors.

As stated earlier, the security challenges mutated, becoming hydra-headed. But one thing was clear: we were not where we started, when bombs went off like firecrackers in major cities of the country, killing and maiming people in their scores. As at recently, insurgents, bandits, kidnappers, evildoers were on the back-foot, being killed daily in their hundreds, and surrendering in droves. Light had appeared at the end of the tunnel.

What should we have in a less hateful polity at such a time? Cooperation with government, encouragement of our military and security forces. But what did we get? Complaints. Grumblings. Wailings. They should have done it this way. They didn’t put this leg right. They should have faced that direction. And all sorts. What a people! What a country!

And when there is a reversal in fortunes, no matter how temporary, as happened with the NDA attack this week, you see the predilections and propensities of the evil-hearts. They actually gloat, pretending to be concerned, while actually rejoicing that the house rat had urinated in the pot of soup. Miserable comforters!

What kind of people are we, really? Instead of rallying our military, encouraging them and spurring the government further into action, they say the foulest things that can come from the nether region. Government is incompetent. The military is no good. They’ve been humiliated, and they only stop short of doing a jig on television, spewing expletives and concocting conspiracy theories. They simply forget where we were coming from, and where we now are. Ungrateful. Unthankful. Ungracious.

Evil stalks our country, just as it does many other countries of the world. Life is nasty, brutish and short. Some people spend all their days and nights fighting the vermin, trying to extirpate evil, but we don’t value it. The decent dies for the indecent, trying to keep us safe, but we tell them to go to hell. We value nothing, appreciate nothing. We even rejoice when a reversal occurs, as happened at NDA. Issorait. What we sow is what we reap.

What really happened at the elite military academy? What was the intention? Simple. An attack on the soft underbelly of the forces of good. It was deliberate, contrived, orchestrated, all to make government look bad, and pump discouragement into the military at a time they were poised to make a decisive end of the security challenges.

Strike at their jugular, and get the motley crowd wailing. The emergency analysts will come with false narratives, the opposition political parties and interest groups with negative mindsets will trumpet it, and make it seem as if the Heavens were falling. What a country! What a people! They value nothing, appreciate nothing. Except for those who understand.

As President Buhari has said, the NDA attack was meant to throw a dampener into the morale of our military. And the negative chorus, always on standby, is reinforcing the intention. But some people know better, and they will not be discouraged. Let those playing negative politics with security and human lives continue. The days of evildoers are numbered in this country. God is always on the side of good people.

Emperor Haile Selassie said it, and it was rendered into music by Bob Marley: “for we have confidence in the victory of good over evil.” We will not rejoice at iniquity, at evil. We will not pump discouragement into our troops, nor into a government working hard to improve our fortunes, despite the strong winds of adversity. We believe the word of God: “The wicked shall be a ransom for the righteous, and the transgressors for the upright.” (Proverbs 21:18)

Evil people are being daily sent to God to answer for their sins. They are in the throes of transition, in the paroxysms of severe pains. Their end is sure. We have the promises of God on that. Good will always overcome evil, and we will never gloat or rejoice at iniquity. The seeming victory of degeneracy can only be temporary.

How herdsmen invaded my home, Soyinka