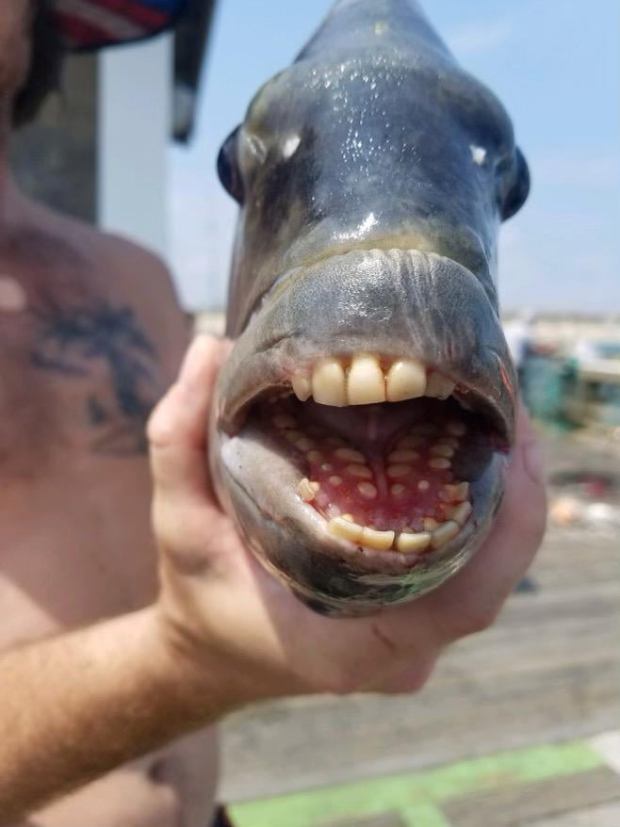 AN angler got a reel surprise after catching a fish with human-like teeth.

The freaky flipper showed its rows of molars after being captured by Nathan Martin in the US.

It was identified as a sheepshead fish, which uses its chompers to crush prey with its sheep’s-like mouth.

Nathan said: “It’s a very good fight when you’re fighting on the line, it’s a really good catch, and it tastes very good.”

A photo of the fish was shared on Facebook by Jennette’s Pier, a fishing destination in Nag’s Head, North Carolina.