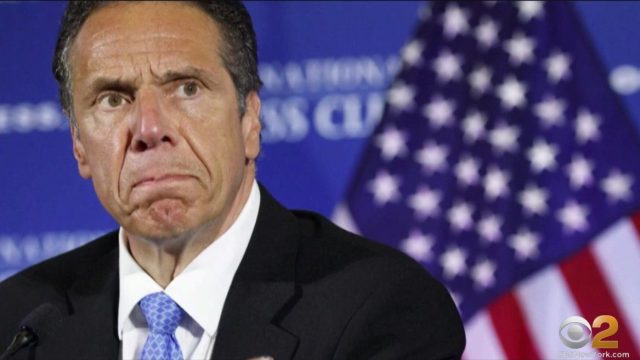 Cuomo, who was at the loggerhead with former President Donald Trump over the latter’s mishandling of the Covid-19 pandemic stepped down from his office on Tuesday.

“I love New York. And I love you. And everything I have ever done has been motivated by that love,” he said.

“The best way I can help now is if I step aside and let the government get back to governing,” he said. “And therefore, that’s what I’ll do.”

His resignation will take effect in 14 days, Cuomo said.

Speaking directly to his daughters, while holding back tears, Cuomo said: “Your dad made mistakes and he apologized and he learned from it and that’s what life is all about.”

Cuomo has faced calls to step down after state Attorney General Letitia James released a report alleging he sexually harassed several women and violated both state and federal laws.

A number of Democratic lawmakers and even President Joe Biden have called for Gov Cuomo to resign.

The governor has vehemently denied the allegations. During his resignation, Cuomo hammered home that he “did not intentionally mean to disrespect a woman.”

One of Cuomo’s accusers revealed herself on CBS This Morning and claimed the governor reached under her blouse and molested her while they were at the Executive Mansion in Albany last month.

Former aide Brittany Commisso, 32, said of the incident, “The governor needs to be held accountable.”

“What he did to me was a crime. He broke the law.”

Commisso is referred to as “Executive Assistant #1” in the 168-page report.