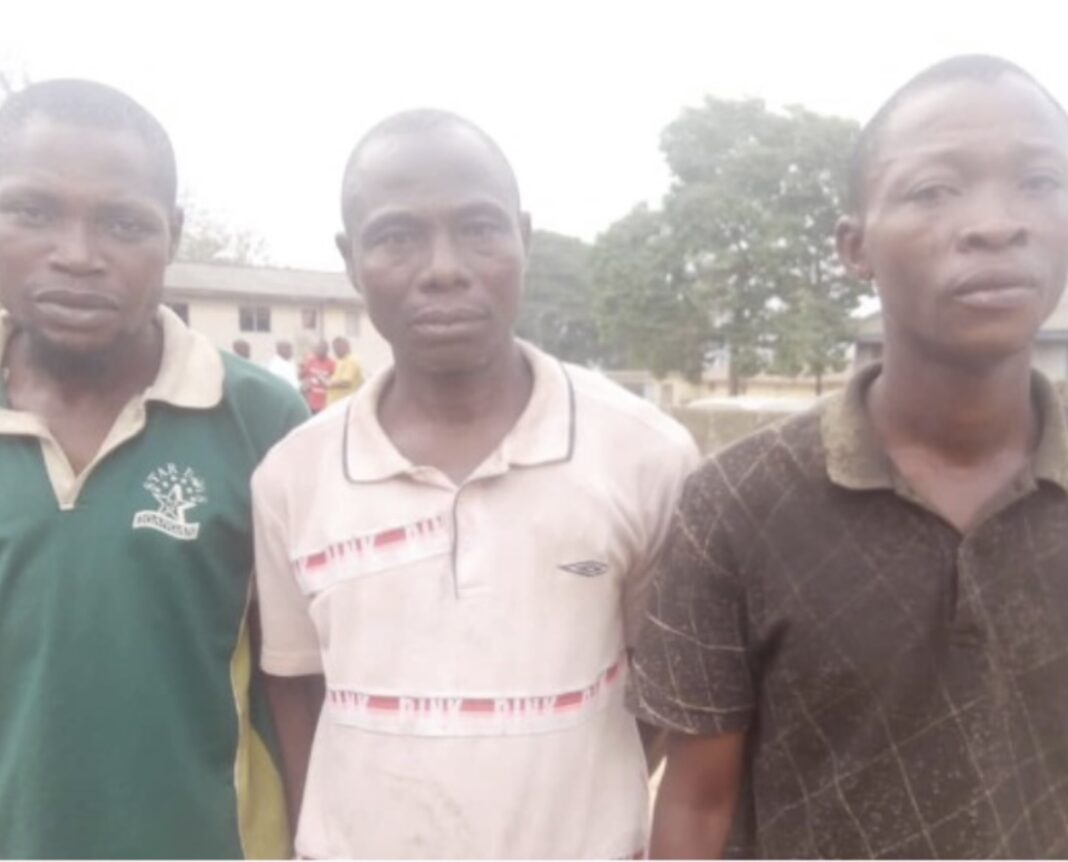 The Oyo State Command of the Nigeria Police has released from their custody, three Oodua Peoples Congress (OPC) operatives who were detained for daring to arrest dreaded and notorious Fulani terrorist, Iskilu Wakili.

Reports indicate that the three OPC members were released based on health grounds.

OPC Coordinator in Oyo State, Rotimi Olumo, told reporters on Tuesday that the three OPC members were released by the police on “health grounds”.

Olumo said, “The three men were released on bail today from the State Criminal Investigation Department in Iyaganku, Ibadan.

“The police released them on health condition; the three men are seriously ill and need urgent medical attention.

“The police said the three of them should report regularly at the state CID for the ongoing investigation.”

Olumo also dispelled rumours that the three men had been moved to Abuja.

Recall that the three OPC operatives were arrested by the police after they handed over the Fulani terrorist, who had earlier been arrested in a bloodless operation at Ibarapa area of Oyo State, to the police authorities.

But in a bizarre twist of events, the police subsequently detained three OPC operatives for allegedly burning down Wakili’s house and killing an unknown woman in the process.

However, the OPC said the murder and arson allegations were false, adding that it immediately handed over Wakili and three of his accomplices to the police in Igboora after their arrest.

Before Wakili’s arrest, farmers and residents of Ayete, Kajola and neighbouring villages in Ibarapaland lived in perpetual fear of Wakili who was accused of displacing them from their farms, kidnapping their rich men and raping their women.