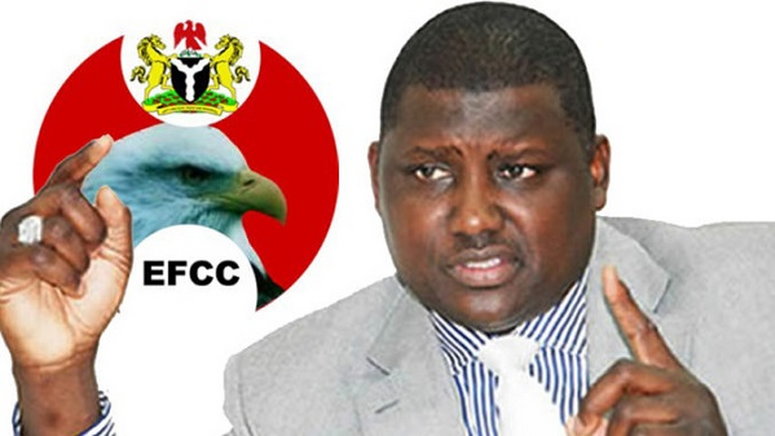 Others summoned include the Director of Compliance, Central Bank of Nigeria; an official of the National Institute for Policy and Strategic Studies, Ibrahim Kaigama; a representative of the Independent Corrupt Practices and Other Related Offences Commission, G.T Idris; and a former Kano State Commissioner of Police, Mohammed Wakil.

Also summoned are: Hassan Salihu of the ICPC and M. Mustapha of Zenith Bank Plc.

The summons, read in part, “You are commanded in the name of the President and commander-in-chief of the Armed Forces of the Federal Republic of Nigeria to attend before this court… to give evidence on behalf of the 1st defendant (Maina).

Confirming receipt of his summons, Falana told The PUNCH that he was ready to appear before the court in order to address allegations that he allegedly bought one of the properties recovered by Maina.

He said, “I am delighted that the learned trial judge has provided me with the golden opportunity to shed light on the needless controversy.”

Maina was an assistant director before he was appointed in 2010 by former President Goodluck Jonathan to head the pension reform task force.

But in 2012, he was accused of leading a massive pension fraud scheme amounting to more than N100bn, and in 2013, he was dismissed by the Federal Civil Service Commission following a recommendation by the Office of the Head of Service.

Maina was invited by the Senate Joint Committee on Public Service and Establishment and State and Local Government Administration. Later, an arrest warrant was issued against him by the joint Senate panel.

He ignored the panel and went ahead to sue the Senate and Mohammed Abubakar, the then Inspector-General of Police, The police subsequently declared him wanted and he went into hiding.

In July 2015, Maina was charged by the EFCC alongside Stephen Oronsaye and two others before a Federal High Court on 24 counts of procurement fraud and obtaining by false pretence.

Oronsaye and the two other accused appeared in court and pleaded not guilty to the charge, but Maina remained at large and was declared wanted by the EFCC.

Maina fled to the United Arab Emirates from where he kept lobbying officials of the Buhari administration.

While at UAE, he met with senior officials of the Buhari government including the attorney-general.

He later returned secretly into the country and was promoted to director at the Ministry of Interior. Following public outcry, he was dismissed again and arraigned before Justice Okon Abang and is currently facing trial for alleged N2bn fraud

His son, who is a co-defendant, has jumped bail, fleeing to the United States.