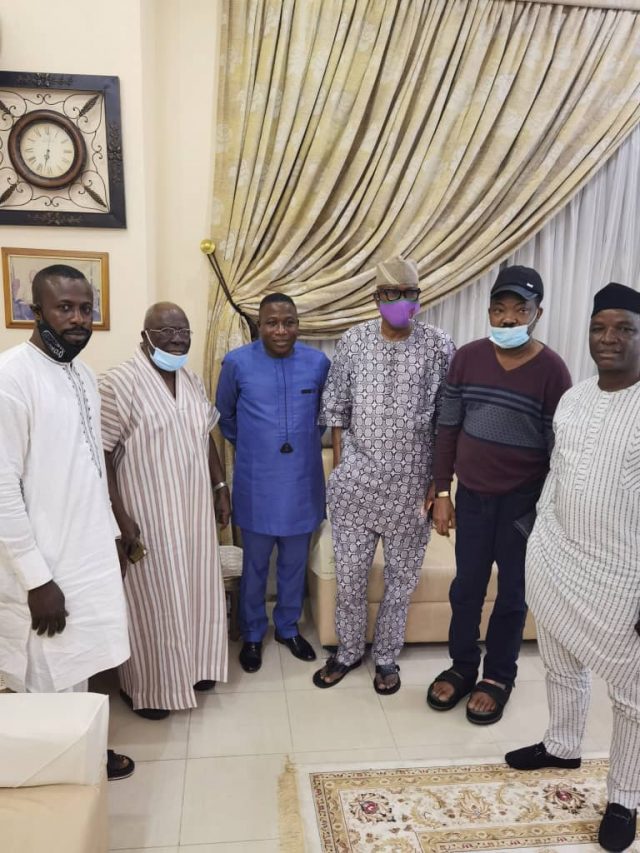 Recall that Fedredsnews reported earlier that a combined team of security operatives attempted to arrest Igboho along the Lagos/Ibadan Expressway while on his way for the meeting.

Although details of the meeting were not made public, but sources told Fedredsnews that it was not unconnected with the worsening security situation in Yorubaland.

The Yoruba activist has been in the news of late for his campaign against the activities of Fulani terrorists who were accused of being responsible for the spate of killings, rapes and kidnapping of harmless and helpless farmers in the South West.

When asked if he would honour a police invitation, Igboho said, “Go and ask them to invite Gumi and Shekau first before disturbing me. Let them face the bandits instead.”

Igboho also said he would not run, adding that he had returned to his base in Ibadan.

When asked if he would go into hiding, he said, “What for? I am in the neighbourhood. I cannot run.”

Igboho told the Punch his bank account was initially frozen but the restriction was lifted recently.

He said he had done nothing wrong but fight for the rights of his people.

Reacting to the incident, Afenifere spokesperson Yinka Odumakin said: “There is no sense in that (the attempted arrest). He (Igboho) is a free citizen of Nigeria. If they need him for any questioning, they should invite him not to go and waylay him on the way like an armed robber.”