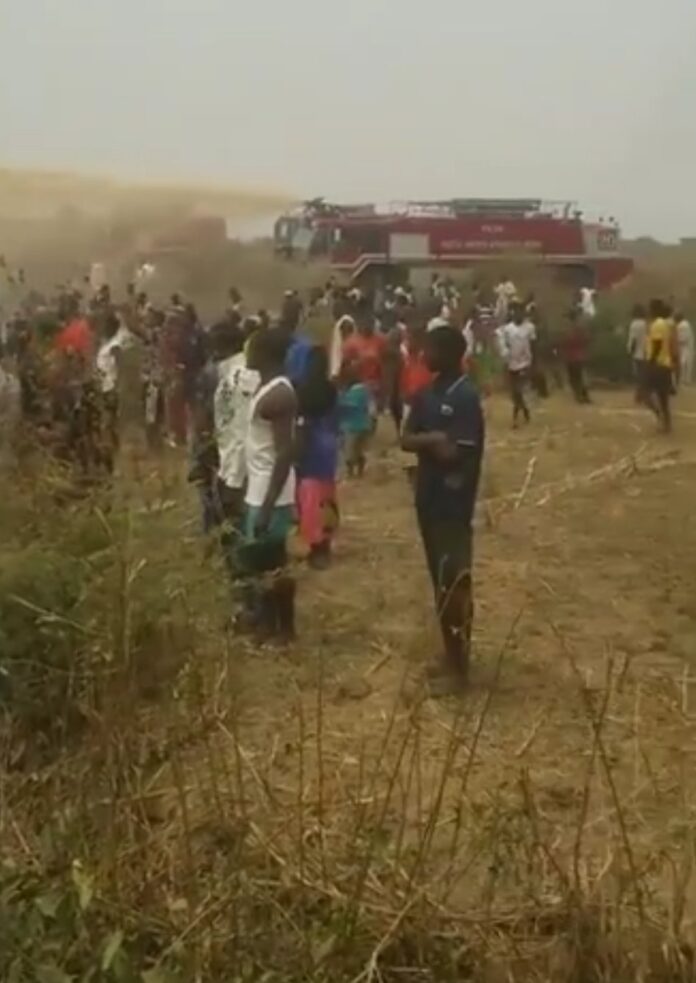 The Minister of Aviation, Hadi Sirika has announced that a military aircraft King Air 350 has crashed on the runway in Abuja.

Reports reaching Fedredsnews indicate that six occupants of the aircraft died in the crash.

He disclosed this in a tweet on Sunday, saying the accident appears fatal.

Fire services are already at the scene of the accident as all 6 persons onboard are fear dead.

Details about the cause of the crash or the identity of the occupants are yet to be released as at the time of filing this report.

More on this later…