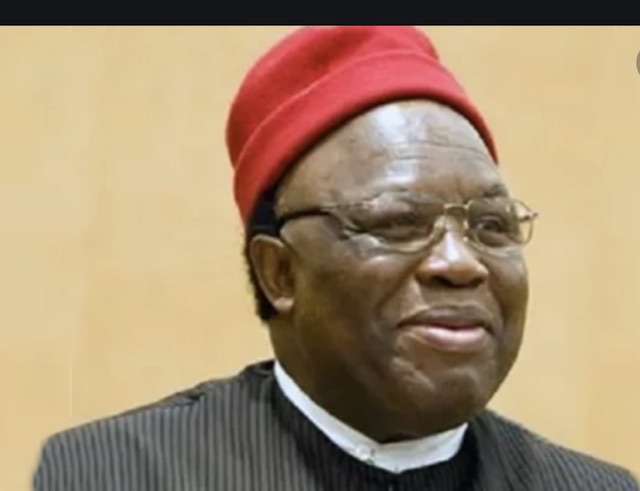 The recent emergence of Ambassador George Obiozor as the new President General of Ohanaeze Ndigbo has been rejected by global Igbo leaders.

“We held Emergency Zoom meeting on the 30th December 2020 (and advised the immediate past Ohanaeze Ndigbo Executives/Electoral Committees to follow Ohanaeze Ndigbo Constitution and the Electoral guidelines to the letter.

“We convened once again on the 13th January 2021 to review the Ohanaeze Ndigbo parallel elections that took place on the 9th and the 10th of January 2021.

“Most organisations that constitute Global Igbo Leaders have representatives in the Chief Gary Enwo-Igariwey’s led Ohanaeze Electoral Committee as well as voting delegates (who of course did not vote).

“The reports provided to us by our respective Organisation representatives on the 10th January 2021 Ohanaeze Ndigbo’s election showed that the procedures and guidelines for Ohaneze Ndigbo General Elections as enshrined in the Organization’s Constitution were neither followed nor adhered to.

“After reviewing the reports from our representatives including accounts received from the candidates to the elections and others, Global Igbo Leaders resolve:

We believe in the sustainability, credibility and unity of Ohanaeze Ndigbo as the umbrella body of Ndigbo worldwide, thus our full desire to maintain unity in Ohanaeze in particular and in the Igbo nation in general.

We reject the outcomes of the parallel elections which were planned, designed and programmed to favour pre-selected candidates and which did not follow Ohanaeze Ndigbo’s electoral guidelines and procedures as provided in the constitution. These elections promoted division and not unity, lawlessness instead of due process, and damaged the image and integrity of Ndigbo worldwide.

We do not recognize any of the purported elected Ohanaeze Executives from any of the parallel elections.