‘Kill the infidels’: ISIS fanatics call for attacks on Christians 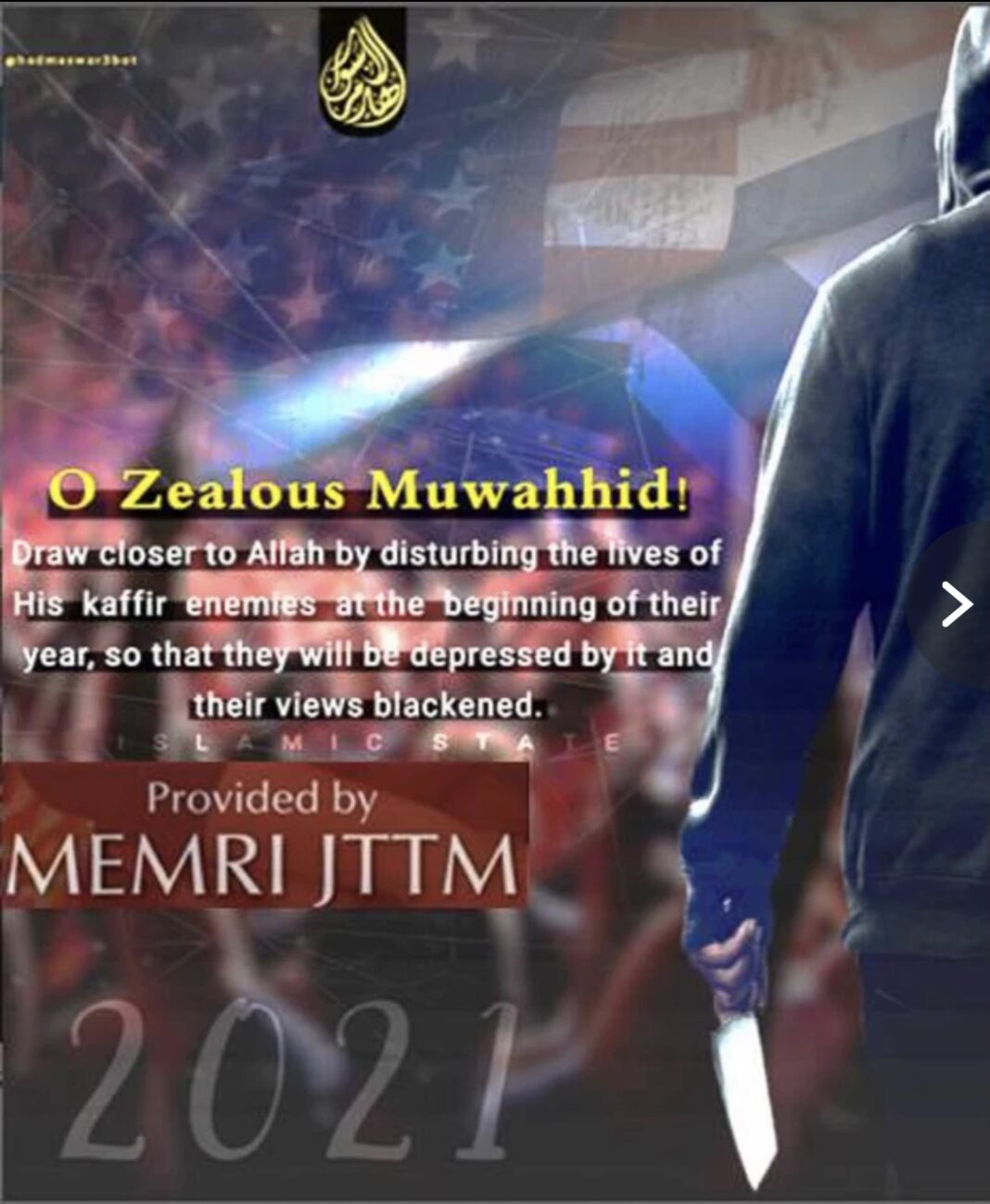 ISIS has now lost all of the territory it once held in Iraq and Syria, but remains active and continues to be considered a threat in the Middle East, Europe, and the US.

It also continues to release material online, which has long been a key part of its recruitment and propaganda efforts.

The images come as muted New Year’s Eve celebrations get underway around the world, with millions still living under restrictions amid the coronavirus pandemic.

As well as the picture of the man holding a knife, one poster showed a man wearing an explosive vest while watching New Year’s fireworks over the Eiffel Tower.

Another showed a toy Santa with a parachute falling into a fire.

A message read: “Allah Almighty that a new pandemic spread among you, so that your [infidel] Christmas celebrations be cancelled as a result, and so your joy turns into grief, and your holding gatherings becomes destructive for you.

“Don’t think that we have ignored you, and forgot to avenge you, for we have a bill of revenge that is yet to be paid.

“We will make those of you who exist join those who perished, and those [who] are alive join the doomed.”

A translation released by MEMRI read: “The religion of unbelief’s season of holidays, festivities and celebrations has begun, holidays and festivities that exist on the Muslims’ blood.

“Oh monotheists and Muslims, attack your enemy, strike their fingertips and make a fearsome example of them and avenge your dead and your honour.

“[If you are not successful] at least you will have excused yourselves in front of your Lord having done everything you are capable of.”