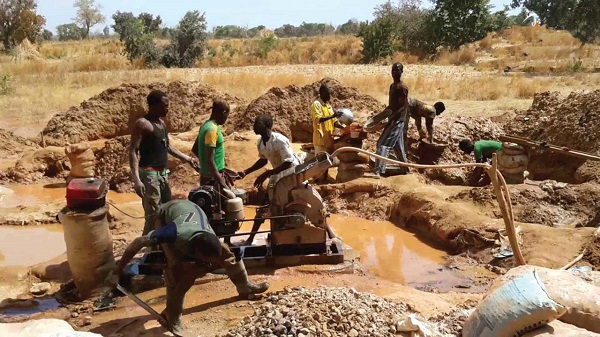 Reports reaching Fedredsnews indicate that two people were feared dead when local miners clashed with their Chinese expatriate counterparts over the ownership of a gold mine at Idoko village, Obokun local government area of Osun State.

Those killed are, Kuang Zhang, a Chinese expatriate and one Hausa miner, Abdulhadi Musa.

Also, one Chinese expatriate was reportedly beaten to coma during the fracas while another Hausa man reportedly sustained bullet wound.

Sources told Fedredsnews that the fracas broke when a team of Chinese miners stormed the mining site at Idoko village with Civil Defence Corps and some policemen to stop the Hausa men from mining on the site.

The Chinese expatriates claimed that the site was licensed to them by the federal government and Osun state government.

But, the Hausa miners refused to leave the site, claiming they had been on the site for long time.

The argument however led to fracas where two were killed and two injured.

It was gathered that the injured victims have been receiving treatment at the Wesley Guild Hospital, Ilesa, while the two corpses were also deposited at the same hospital.

Sources told Fedredsnews that security operatives have been deployed to the site.

She said policemen have been deployed to the site to restore peace and prevent further breakdown of law.