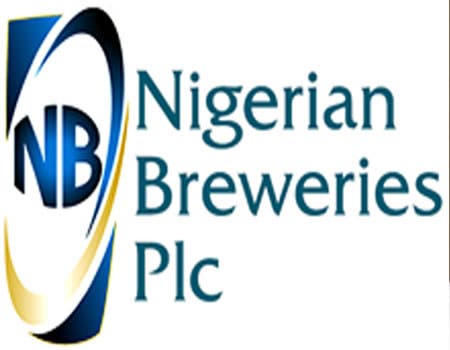 Mr Paul Allen Oche, an Abuja-based graduate has dragged the Nigerian Breweries PLC to court over an alleged copyright infringement of his intellectual work.

He is therefore seeking a whopping sum of N1. 5 billion as compensation.

In the suit filed at the Federal High Court in Abuja, Oche is claiming a sum of N1 billion as aggravated and exemplary damages against the company for unlawfully, capriciously, maliciously and contemptuously infringing his copying in the intellectual literary work, titled; The Amstel Factor, an Amstel Malta guide on how to be the best you can be.

In the suit instituted through his counsel, Mr Paul Ekweume, the plaintiff is also claiming another sum of N500 million as general damages over unlawful use of his copyright.

Apart from monetary demands, the plaintiff sought for an order of perpetual injuncion restraining the defendants, their agents, servants and privies from further infringing by way of unlawful use, adaption and derivation on his copyright.

In his statement of claim, plaintiff averred that he authored the Amstel Factor Book as well as a proposal and power point presentation made to promote the Amstel Malta drink brand.

As part of efforts to promote the Amstel Malta brand in Nigeria, plaintiff claimed that the brewery launched a new credential campaign sometimes in 2016 with the slogan “Why Add More” and published it on all its social media forums, websites and bill board adverts as well as videos and graphic designs based on the campaign.

Plaintiff further claimed that he spent several years engaging in various intensive academic researches and eventually gathered the necessary materials which culminated into his writing a book: The Amstel Factor, An Amstel Malta Guide on How to be the Best You can be; a proposal and a power point designed to pictorially and graphically demonstrate his works on the electronic media, television and motion pictures.

He further averred that in 2015, he traveled to the breweries headquarter in Lagos and submitted the book and the proposal to the Brand Manager, adding that after the submissions, he waited patiently for a formal invitation by the company to deliver his campaign but was not given acknowledgement of receipt of his book.

In February 2016, plaintiff claimed that he visited the LinkedIn online profile of one Samson Oloche, the 3rd defendant in the suit, who at the time was the Consumer and Market Intelligence, Digital and Media Manager of the company.

He further averred that he informed the said Oloche how he submitted a proposal in 2015 to Amstel Malta Brand Manager but did not receive any response, adding that the 3rd defendant provided him with his email address, where he then forwarded the power point presentation and proposal and that he got a promise that the right person in the breweries will see and evaluate his work.

Plaintiff stated that in 2016, he stumbled upon a new Amstel Malta campaign online tagged: Why Add More. He added that without seeking his permission, the breweries used his literary work in the brand campaign and refused to give credit to his work.

He further claimed that a complaint was lodged with the Nigerian Copyright Commission and that series of meetings were held during which the 3rd defendant admitted receiving Amstel Malta Brand campaign proposal and power point presentation but however claimed to have deleted the materials and that he did not submit it to the appropriate authority.

However, counsel to the plaintiff, Ekweume claimed to have filed a motion on notice for an Interlocutory Injunction restraining the defendants from further use of the plaintiff’s copyright in the activities of the giant brewery lined up for the year.

Counsel to the 1st, 3rd and 4th defendants, Amina Ibrahim, claimed that she has not been served with the motion but the claim was found to be false.

However, counsel to the 2nd defendant, admitted service of the motion last Friday and asked for time to react.

Following bitter complaint on the alleged continuous infringement of the copyright and the refusal of the respondents to admit responsibilities. Justice Binta Nyako, ordered status quo to be maintained by parties in the suit, since they have joined issues with each other.

Specifically, the judge directed the company to continue the sale of the already packaged branded Amstel Malta, but ordered further campaign on the new branded Amstel Malta being handled by DDB of South Africa be put on hold pending the determination of the main suit.

Justice Nyako got infuriated when Mr Joseph Osayende, counsel to DDB of South Africa challenged the order of status quo, prompting the judge to warn the lawyer and his client not to  call the bluff of the court.

“If you campaign on the subject matter of this suit, it is contempt of court, I will descend heavily on you as a counsel because I have warned you, and have cautioned you in the open court on the consequences of prejudicing the court.

Justice Nyako has adjourned the matter till January 20, 2021 for hearing.

34 lawyers shortlisted for appointment as judges by Federal High Court