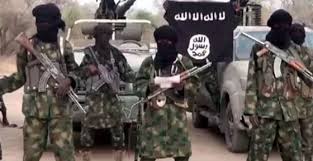 Reports from Maiduguri, capital of the terrorist infested state indicate that a Nigerien helicopter was allegedly gunned down by suspected Boko Haram fighters on Tuesday.

A senior security source told The Nation Newspaper that five passengers of the helicopter died in the incident.

“The helicopter was said to be hovering around the Banki area around the Bama axis, and the insurgents shot it down. The five occupants all perished,” the source said.

The Nigeria Army is yet to make a statement concerning the incident.

The Acting Director, Army Public Relation, Col Sagir Isa could not respond to the call from The Nation’s correspondent.