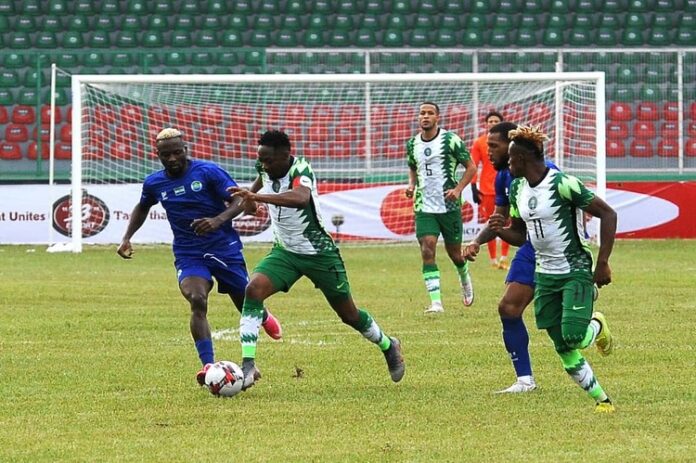 The Super Eagles played a disappointing goalless draw against Sierra Leone in the 2021 Africa Cup of Nations qualifiers at the Siaka Stevens Stadium, Freetown on Tuesday.

The Eagles frantic efforts to assert their superiority in Tuesday’s match comes after they squandered a 4-0 lead to draw 4-4 in the first leg played at the Samuel Ogbemudia Stadium on Friday.

Eagles best chance fell to Kelechi Iheanacho in the 82nd minute, whose curling effort was parried by the Sierra Leonean goalkeeper.