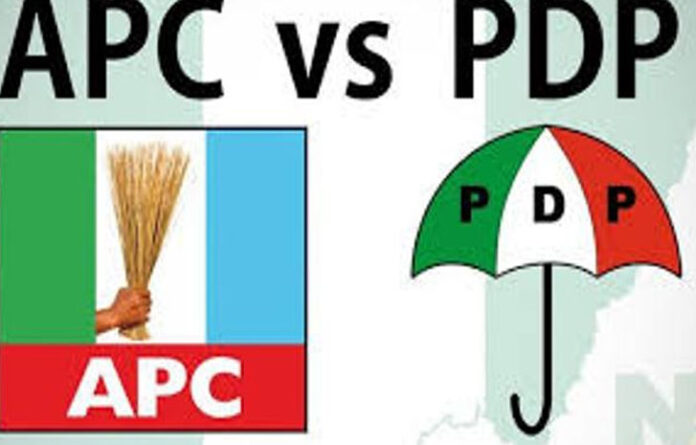 The All Progressives Congress (APC) in Edo State has alerted security agencies on the massive importation of arms and ammunitions by the Peoples Democratic Party (PDP) prior to the just concluded governirship election, urging security agencies to mop up those arms.

The Chairman of the Edo State APC Media Campaign Council, Mr John Mayaki, in a statement, said PDP leaders in the state armed several thugs and engaged in many abductions during the period. “Now the election is over, what has happened to the arms”, he asked..

“Now we fear that kidnapping, robbery among others will increase. Meanwhile, we ask  for the release the APC members kidnapped during the election. There is no gain in keeping them any longer, is there?”

Meanwhile, Edo PDP, through its Publicity Secretary, Chris Nehikhare, asked Mayaki and other members of APC to stop whining over their thorough humiliation at the polls.

Nehikhare said: “All the flashpoints during the September 19 governorship election in Edo State involved APC and its thugs, but members of PDP adequately protected their votes, leading to the well-deserved victory by Governor Obaseki and his deputy, Philip Shaibu.

“APC leaders should withdraw the guns and ammunition that they gave to their thugs, who are advised to make themselves available for training and empowerment programmes of Obaseki’s administration, in order to become useful members of the society, rather than later going into criminal activities with the arms and ammunition in their possession.”