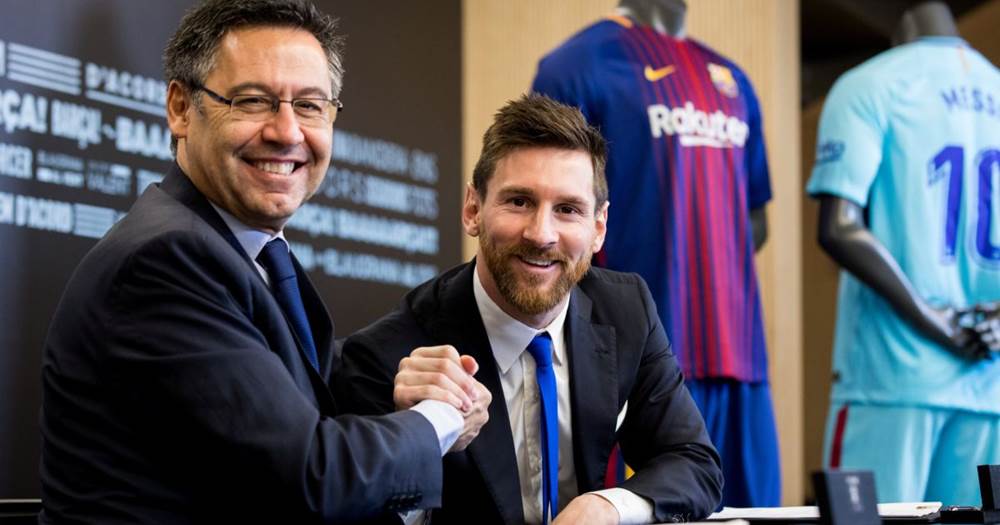 BARCELONA president Josep Maria Bartomeu has been accused of corruption by Catalan police, according to reports.

The Nou Camp chief has been at the centre of the club’s battle to keep wantaway forward Lionel Messi.

According to Spanish outlet El Mundo, allegations of corruption have been made against the club.

The accusations relate to Barcelona hiring social media agency I3 Ventures to monitor their online activity.

Catalan’s police force have filed a report to the judge investigating the case that has resulted in “possible economic crimes”.

It is reported that the Spanish side paid up to 600 per cent above the usual fee for the company’s services.

Bartomeu has been accused of making personal financial gains in the case known as Barcagate.

In February, the LaLiga side were forced to deny claims they had hired the firm to attack star players including Lionel Messi.

It was suggested that the club worked alongside I3 Ventures to damage the reputation of their players and other potential presidents.

Reports claimed over 100 accounts were made in total and Barcelona paid the company £830,000.

In response to the claims, a club statement read: “FC Barcelona roundly deny any relationship, and furthermore, the contracting of services linked to social media accounts that have broadcast negative or disparaging messages related to any person, entity or organisation that may be, or have been, related to the club.

“I3 Ventures, a service provider to the club, has no relationship with the accounts mentioned and, if any relationship was to come to light, the club would immediately end their contractual agreement and bring about any necessary legal action to defend their interests.

“As such, FC Barcelona confirm that it has services contracted relating to the monitoring of social media with the aim of analysing both positive and negative messages about the organisation itself.”

The club are in crisis as Lionel Messi continues to try and force his way out.

Messi handed in a transfer request to leave on a free transfer this summer.

Barcelona have claimed he is contract with them until 2021 as the clause allowing him to do leave for nothing has expired.

The player’s father this week jetted to Spain from Argentina for face-to-face talks with Bartomeu.

After a “very good” meeting on Thursday, Jorge Messi admitted his son could stay at the club in a sensational U-turn.

Messi also reportedly has a record-breaking 623 million pounds offer on the table from Manchester City.