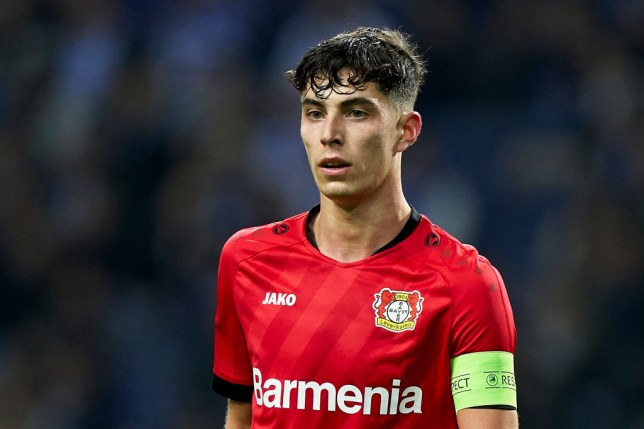 Chelsea has announced the signing of the highly-rated Germany playmaker, Kai Havertz from Bayer Leverkusen in a deal worth £70 million ($91m) including add-ons. He becomes the latest big-money addition to Frank Lampard’s squad at Stamford Bridge.

The Blues will pay almost the entire fee up front but with a small proportion coming in add-ons after successfully negotiating down Leverkusen’s £90m ($118m) asking price.

Havertz, 21, has penned a five-year contract at Stamford Bridge having been convinced to join the club after more than two months of talks.

“I am very happy and proud to be here,” Havertz told Chelsea’s official website. “For me it is a dream come true to play in a big club like Chelsea and I can’t wait to meet all the players and the trainers. Yeah, I am very happy to be here!”

The Germany international becomes the latest addition to Frank Lampard’s squad with more than £200m ($260m) spent this summer in west London.

Deals for Hakim Ziyech and Tomo Werner got the ball rolling for the Blues, and the club have also added Ben Chilwell, Malang Sarr and Thiago Silva in a summer full of major additions.

Chelsea fans can revel in the fact that Havertz will be turning out for them in 2020-21, with plenty of excitement surrounding the arrival of the talented playmaker.

Many have already tipped him to make a positive impression in English football with another sizeable show of faith from Roman Abramovich having allowed Chelsea to fend off a number of European rivals and secure a much sought-after signature.

Chelsea director Marina Granovskaia added: “Kai is one of the best players of his age in world football, so we are very happy that his future lies at Chelsea. He has proven pedigree in one of the best leagues in Europe, he plays for the German national side and he is an exciting, dynamic talent.

“We are delighted to be able to add his versatility and quality to the squad before the season begins.”

Having finished in fourth place last season, Chelsea will be expected to be much closer to runaway champions Liverpool in the upcoming 2020-21 campaign, as well as mounting a challenge in the Champions League.