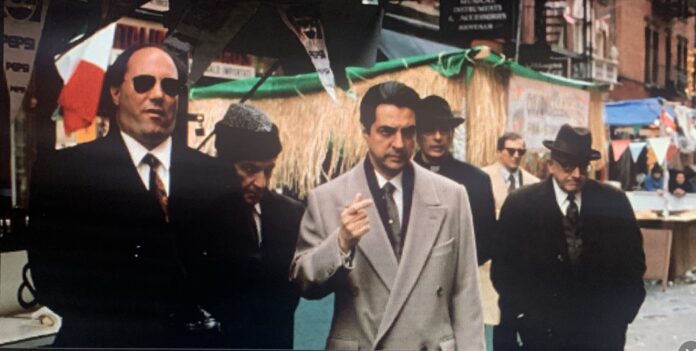 Paramount Pictures will release a new edit and restoration of Francis Ford Coppola’s “The Godfather Part III” in theatres in December, followed by a digital and DVD debut.

The film, which bowed in 1990, has been retitled “Mario Puzo’s The Godfather Coda: The Death of Michael Corleone.” Paramount said Thursday that the new cut achieves the original vision that Coppola and screenwriter Mario Puzo had for the movie.

“The Godfather Part III” was released 16 years after “The Godfather Part II” and focused on the efforts by Al Pacino’s Michael Corleone to free his family from the crime business. Diane Keaton and Talia Shire reprised their roles, but Robert Duvall refused to return as Tom Hagen. The film was nominated for seven Oscars. Coppola cast his daughter Sofia Coppola as Mary Corleone — a performance that was widely panned by critics.

The pic is perhaps best remembered for Pacino’s reading of the line, “Just when I thought I was out … they PULL me back in.”

“‘Mario Puzo’s The Godfather Coda: The Death of Michael Corleone’ is an acknowledgement of Mario’s and my preferred title and our original intentions for what became ‘The Godfather: Part III,’” Coppola said. “For this version of the finale, I created a new beginning and ending, and rearranged some scenes, shots, and music cues. With these changes and the restored footage and sound, to me, it is a more appropriate conclusion to ‘The Godfather’ and ‘The Godfather: Part II’ and I’m thankful to Jim Gianopulos and Paramount for allowing me to revisit it.”

Coppola and his production company American Zoetrope worked from a 4K scan of the original negative to undertake a frame-by-frame restoration of the new version and the original “The Godfather: Part III.”

“Mr. Coppola oversaw every aspect of the restoration while working on the new edit, ensuring that the film not only looks and sounds pristine, but also meets his personal standards and directorial vision,” said Andrea Kalas, senior vice president of Paramount Archives.