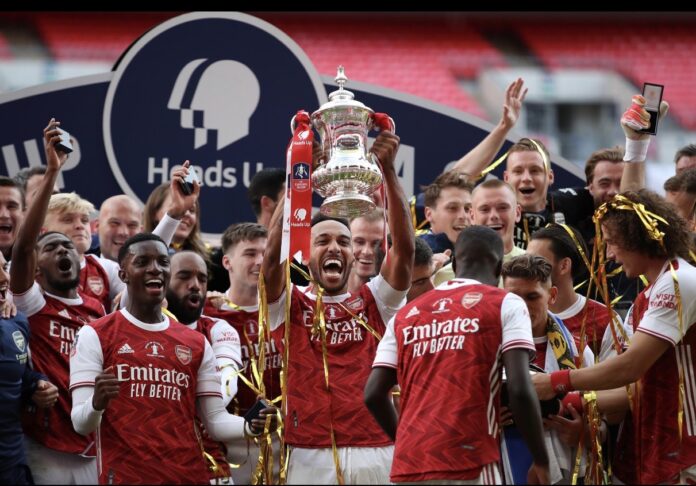 Arsenal’s players today gave their manager, Mikel Arteta, his first victory at the Wembley Stadium when they thrashed a 10-man Chelsea FC 2-1 in the 139th edition of FA Cup.

Thanks to skipper Pierre-Emerick Aubameyang who netted in the two goals, today’s victory is a record-extending 14th crown in the competition. It firmly secures a sure spot in next season’s Europa League for The Gunners boys.

Chelsea’s Christian Pulisic had given the Blues an early lead five minutes into the game before Aubameyang equalised from the penalty spot in the first-half.

Aubameyang later produced a moment of brilliance to ultimately win the match in the second before Mateo Kovacic was shown a second yellow card and was dismissed.