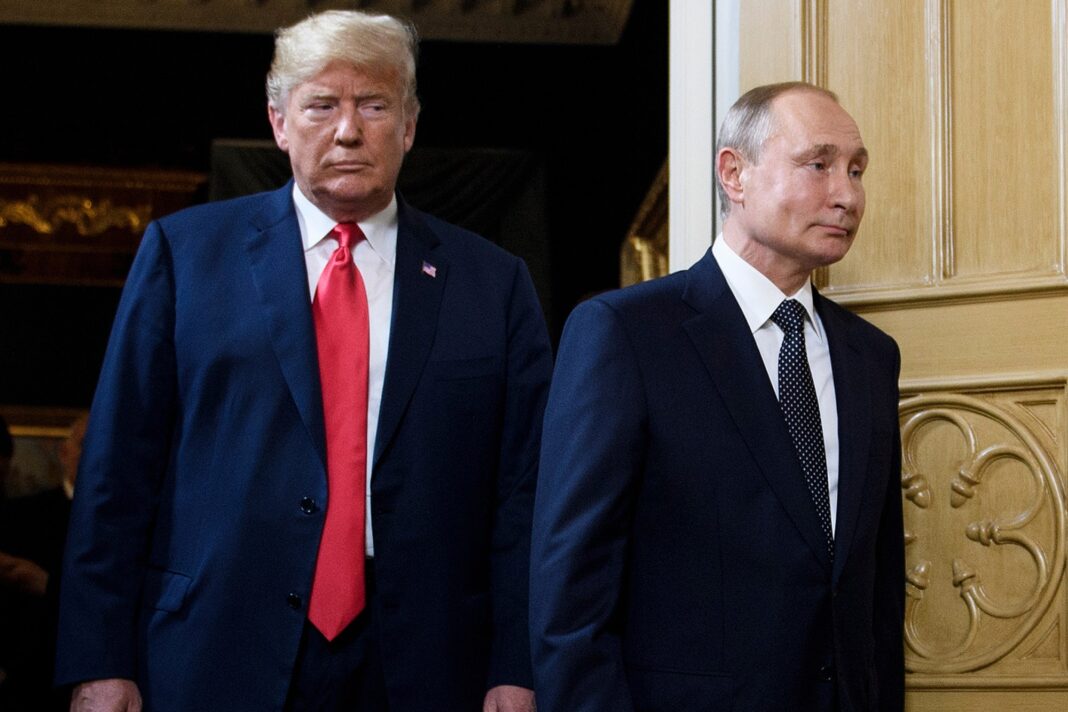 Since he came to office, US President Donald Trump has obsessively picked at the ties that bind America to its allies.

This week in one apparently wanton yank, he ripped one of those cords by announcing a plan to withdraw nearly 12,000 troops from Germany. This thin green thread of forces, woven through Germany’s historic towns, rolling fields and dense forests, has for three generations helped ensure peace in Europe, embodying an unbreakable commitment between the former foes.

The relationship now though, particularly if Trump is reelected later this year, is in freefall, destination unknown. His decision, if his tweets have been correctly divined, seems to be to punish Germany.

“Germany pays Russia billions of dollars a year for Energy, and we are supposed to protect Germany from Russia. What’s that all about?” Trump wrote in one post. “Also, Germany is very delinquent in their 2% fee to NATO. We are therefore moving some troops out of Germany!”

His undiplomatic data grenades were tossed out in a few moments in the middle of the night, but it could take years to undo the damage German officials fear it will inflict on the military alliance.The head of the German parliament’s foreign relations committee, Norbert Roettgen, replied on Twitter Wednesday, saying, “Instead of strengthening #NATO it is going to weaken the alliance. The US’s military clout will not increase, but decrease in relation to Russia and the Near & Middle East.”

Little surprise, then, that the Kremlin is gleefully exploiting Europe’s consternation, with spokesperson Dmitry Peskov telling CNN: “We never hid that [we think] the less American solders there are on the European continent the calmer it is in Europe.”

Trump is the gift that keeps on giving for the Kremlin: his unpredictability, while often a pain, for them is continual grist for their propaganda mill.

It has taken America’s 45th president almost four self-serving and destructive years to reach this point, but in pulling the trigger on withdrawing troops from Germany, one-third of the total stationed in the country, he has signaled an end to what Franklin D. Roosevelt , American’s 32nd president, conceived as a post-World war order based on common interest and collective aspirations.

Roosevelt and other leaders of his generation witnessed the worst of times as the great powers collided, propelled by a few evil self-possessed men; assuming Trump is not completely ignorant, he has chosen to ignore this obvious fact.

The problem for NATO and America’s other allies is that there seems little that can hold Trump back from his impulses. Secretary of Defense Mark Esper echoed the President’s words saying, “Germany is the wealthiest country in Europe. Germany can and should pay more to its defense.”

This argument will ring hollow in the cavernous halls at NATO HQ in Brussels leafy suburbs, where commitment to 2% GDP came long before Trump began his presidency, as will the claim by Gen. John Hyten, vice chairman of the Joint Chiefs of Staff, who said the drawdown would “bolster” America’s support of its allies because it would “better distribute forces across Europe and increase the use of rotational forces.”

Esper talked about a “strategic laydown” as some troops may move to Poland and others could end up in the diminutive Baltic states. And Jens Stoltenberg, NATO’s perennially optimistic secretary general, said “the US had consulted closely with all NATO allies ahead of today’s announcement” — even though German officials expressed surprise when they first heard about the possible drawdown a month ago.

Stoltenberg has fought a persistent rearguard action against Trump’s impulses to cut loose from NATO since the US President took office in January 2017. As recently as NATO’s last leaders’ meeting in Luton, England, in December 2019, Stoltenberg let Trump blow his own trumpet by announcing increasing GDP defense spending commitments he’d squeezed from the alliance’s members.

He is still trying to save the day now, claiming rather hopefully that Trump’s decision “underlines the continued commitment by the United States to NATO and to European security.”

The reality is Trump has bullied German Chancellor Angela Merkel from the get-go, and not just on Germany’s sub-par defence spending commitment of 1.38% of GDP, but about exports of BMW cars and trade in general. At their first meeting in the White House in spring 2017, the President barely looked Merkel in the eye, refusing to shake her hand; at a NATO summit in 2018 he berated her over breakfast. And now this.

Ironically Trump’s generals are moving the US military’s Europe command, EUCOM, from Germany to Brussels, home of NATO, to “improve EUCOM’s operational flexibility,” according to EUCOM’s Commander Tom Wolters — despite Belgium’s glaring NATO contribution deficit; at 0.93% it is lower even than Germany’s.

Whatever Trump’s motive, be it petulance or indeed a strategic pivot to Asia, as Esper has explained in recent weeks, the reality leaves allies rattled and runs counter to the US’s long-term benefit; now those European countries must look to themselves for defense — not for a quick fix, but as a major strategic shift.

Germany’s Defense Minister Annegret Kramp-Karrenbauer said it was a “pity” Trump was pulling troops from Germany, adding, “I want us to finally advance more quickly towards a common European security and defence policy.”

While that’s not every European leader’s cup of tea or iced latte, the one thing the EU has managed to do in recent weeks shows that it can compromise and overcome huge internal differences of opinion, as it did during four days and nights, agreeing its next seven-year budget and an and even thornier  Covid-19 bail-out plan.

Trump hasn’t caused a common European defense agreement to spring up overnight but he has compressed the wait until there is one, and none of this is good for America right now.

As Trump looks for friends to bolster his sanctions on China and Iran, a less tethered and more fretful Europe will be looking to secure relationships that fit its national security and trade interests. And those may not always align with America’s.

He is simultaneously enabling Russian President, Vladimir Putin, a strategic foe who is already on the offensive, while disabling allies vital in that same fight. It is a double own goal, typical of a US President who insists on playing by his own rules.

If the Covid-19 pandemic, which appears to be running the clock down on his presidency, can’t teach him that sometimes convention does have the answers, there is little likelihood he’ll reverse course on the 12,000 troops.

Perhaps a new American president will be elected this November with enough time and persuasive powers to repair the rift Trump has caused with his country’s allies. It won’t be easy, as Trump’s trust deficit is compounded by all those who stood by his side.

From this side of the Atlantic, it appears Trump is casting off for a voyage into uncharted waters, ignoring well-publicized stormy weather warnings.