Moji Adeyeye out, Monica Eimunjeze in as Buhari shakes up NAFDAC 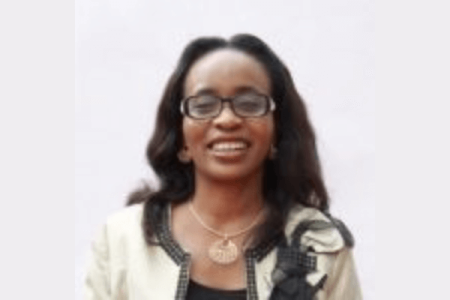 The Buhari administration has approved the appointment of Dr. Monica Hemben Eimunjeze as the acting Director General of the National Agency for Food Drugs Administration and Control (NAFDAC). This is sequel to the expiration of the tenure of the Prof. Moji Adeyeye which as not renewed.

Professor Adeyeye in November 2017. The position’s five-year term is renewable. But a November 17 memo by Director of Human Resources Management, A.U. Oboli, informed units and departments of Adeyeye’s replacement.
The communication with reference number NAFDAC/ADM/SM/075 was addressed to the directors.

Oboli told them that the government had appointed Dr Monica Eimunjeze as the Acting Director-General with effect from November 12.

“I am therefore directed to bring this development to you for information and guidance,” she added.

The new head of the agency studied Pharmacy at Ahmadu Bello University (ABU) Zaria and graduated in 1986.

She obtained a Doctor of Pharmacy degree from Mercer University in Atlanta, and a Master of Science (MSc) in Biotechnology, Innovation and Regulatory Science from Purdue University.

Eimunjeze has years of experience in the pharmaceutical sector. She had her industrial exposure with GlaxoSmithKline from 1989 to 1996.
She was previously NAFDAC Director of Registration and Regulatory Affairs, Director of Drug Evaluation and Research, as well as Technical Assistant to the DG

Senate confirms appointment of Justice Arioola as the CJN