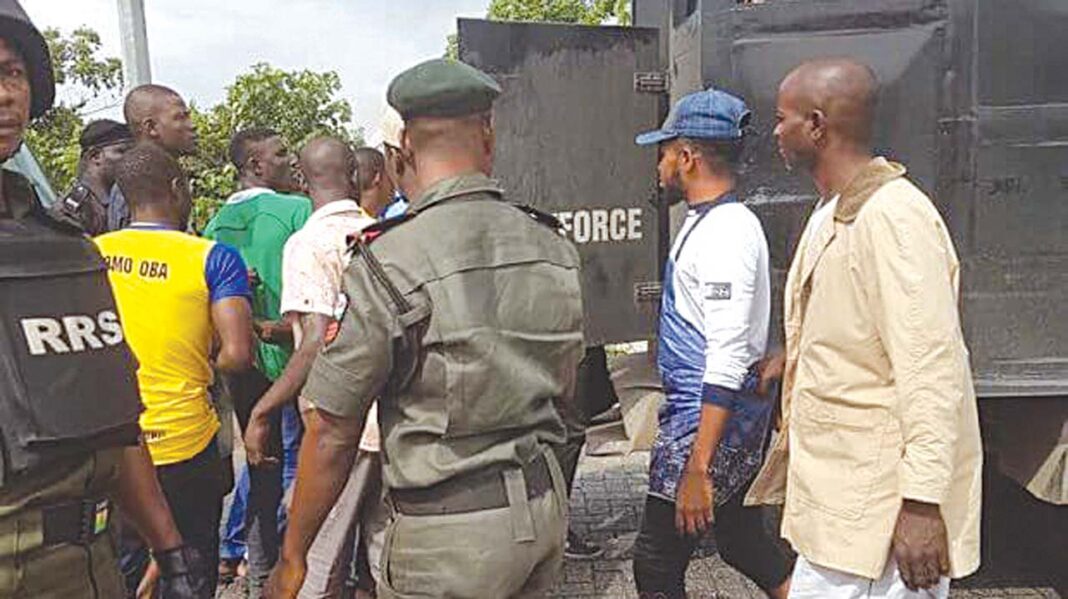 Operatives of the Rapid Response Squad (RRS), Lagos State Command, have arrested 11 cult members over violent clash in a hotel in Agege area of the state.

This is contained in a statement posted on Wednesday on its official Twitter handle monitored by the News Agency of Nigeria (NAN).

The RRS said that the suspects were arrested on Wednesday in a hotel while attacking one another with dangerous weapons.

“Around 2:45 a.m. today, our officers on patrol arrested 11 members of rival cult gangs involved in violent clash in a hotel (name withheld) in Agege.

“Four of them were viciously injured with broken bottles during the fight.” RSS stated.

It stated that the suspects had been moved to Agege Police Division for investigations.

“The suspects have been transferred to Oko Oba, Agege Police Division in line with the directive of our Commander, CSP Olayinka Egbeyemi.” It said.