2023 election: DAWN to host engagement session with Tinubu, Atiku, others 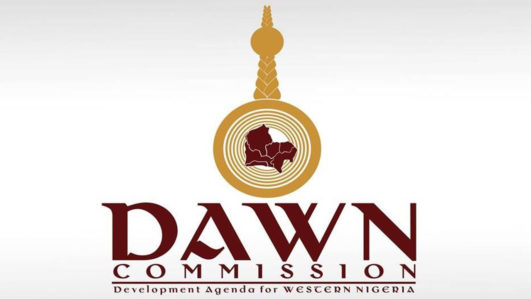 The Development Agenda for Western Nigeria (DAWN) commission has scheduled a parley with the presidential candidates of major political parties for November 2022 in Ibadan, Oyo State.

Among the major presidential flag bearers who will feature during the interactive session include the candidate of the Peoples Democratic Party (PDP), Alhaji Atiku Abubakar, the standard-bearer of All Progressives Congress (APC), Senator Bola Ahmed Tinubu and his counterpart in the Labour Party, Mr Peter Obi.

In a statement forwarded to the Tribune Online, on Wednesday and signed by the Director-General of DAWN, Mr Seye Oyeleye, the commission, which midwifed the establishment of Western Nigeria’s Security Network (WNSN), otherwise known as Amotekun Security Network said the interaction was informed by the need for candidates to be engaged by critical segments of South West public.

The statement read: “The idea of the public interactive session with the presidential candidates of the major political parties in the 2023 general elections was informed by the need to allow the candidates’ engagement with critical segments of the Southwest public on their agenda, plans and programmes.

“With a population of about 50 million, its historical trajectory as the commercial nerve centre of Nigeria, strategic importance and huge potentials for national growth and development, DAWN is inviting the presidential candidates to outlay how they intend to incorporate Southwest in their agenda for a united, peaceful and prosperous Nigeria with specific attention to the region’s peculiarities.