Sanwo-Olu gets FG approval to construct a new airport 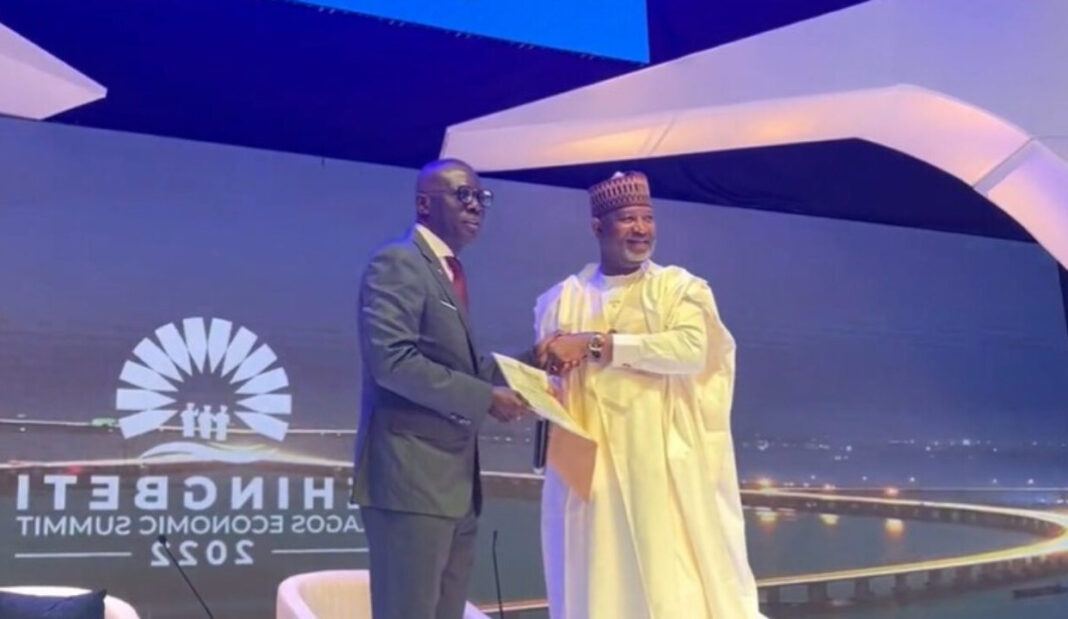 The federal government has approved the construction of a new airport at the Lekki corridor in Lagos state.

The approval letter was presented to governor Babajide Sanwo-Olu by the minister of aviation, Hadi Sirika at the ongoing Ehingbeti Lagos Economic summit on Tuesday.

The airport, which is expected to cater to a minimum of five million people yearly, will be constructed in partnership with local and foreign investors.

Speaking at the event, Sirika said the airport will link Nigeria to the world, and open Lagos to more international economic partnerships.

He said further, “This city, which houses about 26.7 percent of national GDP, housing our stock exchange, 200 financial institutions, 25 million people, on 5,377 square kilometres of landmass plus Eko Atlantic, plus all the industries, the rich culture, the tradition, the history, the tourist attraction the Eyo Festival, and so on and so forth, needs to be connected to the world to continue to be the center of the economy of the activity of the country, Nigeria,” Sirika said.

“And the only way you can link this city of Lagos to the world is obviously — not the only way, but the best way to connect — by infrastructure.

“So, when his excellency, the governor, approached us in [the] civil aviation ministry and says he wants to build an airport in Lagos, another airport? I said yes, this is a huge step in the very right direction. And the reason is simple. Like I said, in my days of Lagos, the terminal point is MaroKo, Sandfield. When you go there, you only go to mechanic to do panel beating for you — that’s it.

“But today, from here, all the way to outer VGC, all the way to Epe, it’s Lagos. The expansion is astronomical, it’s huge, it’s big. The ideas and the size of the economy is good and big. So you need to continue to link Lagos, not only with Nigeria, [but] Africa and the world.

“So if you look at all these financial institutions, the 200 industrial estates and the Eko Atlantic, there must be a way that these people will come in and out of Lagos on another alternatively, which is the airport in Lekki. Your excellency, the governor, this is a huge step in the right direction, we didn’t waste time to give the approval. And we’re happy to present the certificate today.”