I’m not a thief, Ayu replies Wike, others 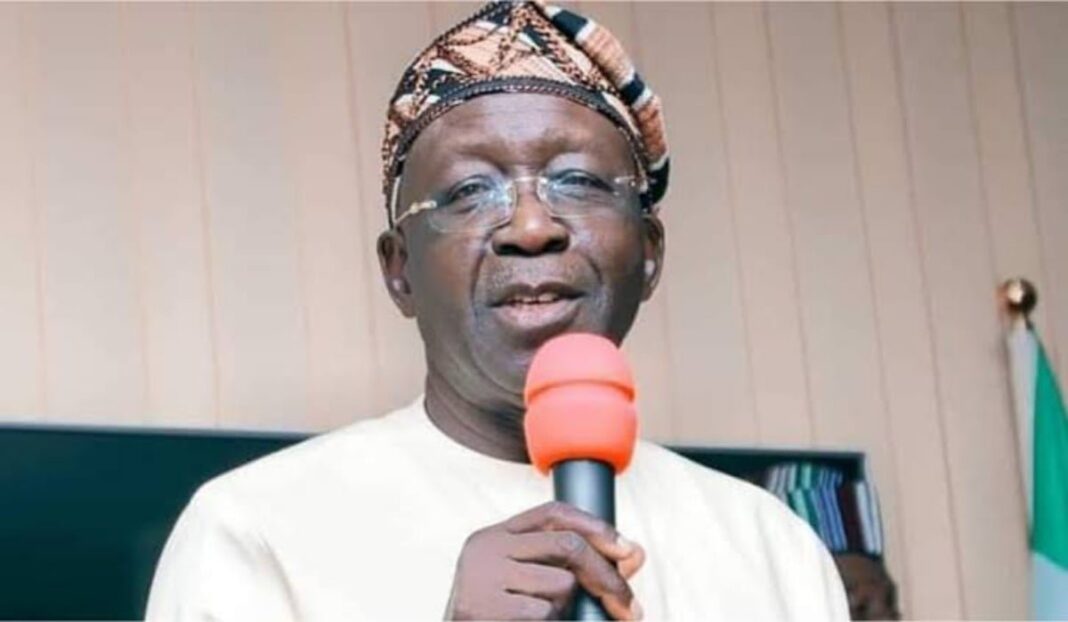 The National Chairman of the Peoples Democratic Party (PDP), Dr. Iyorchia Ayu, has broken his silence over allegations of corruption and mismanagement of party funds.

Ayu said the allegations were unfounded because although as a human being he had his frailties, stealing or looting public funds was not one of them.

He spoke against the backdrop of allegations that housing allowances paid to members of the party’s National Working Committee were hush money to cover up malfeasance.

According to him, he took over the reins of the leadership of the party to restore its lost glory and propel it back into office because the PDP was not designed to play opposition politics but to win elections and provide purposeful leadership for the country.

Ayu spoke while welcoming the Forum of Elected Ex-Officio Members of the party who paid him a solidarity visit at the PDP National Headquarters, on Friday.

This was contained in a statement signed by his Special Adviser (Media and Communications), Simon Imobo-Tswam.

Ayu also revealed that he has instructed the Finance Department to maintain and update the party’s income and expenditure account for presentation to the Party’s National Executive Committee (NEC) at the first-year anniversary of the present NWC in December.

Ayu said although he has many faults as a human being, stealing was not one of them, adding that the present NWC is being guided by the principles of transparency and accountability.

“I have been a leader of the National Assembly. I have been a minister many times. As a person, I have many faults, but stealing is not one of them. I am conscious of my place in history, and the NWC that I lead is guided by the twin principles of transparency and accountability.

“You may be reading many things and expecting my reaction. If we don’t always talk, it is because we want to maintain and build cohesion in the party. We don’t want continuous altercations in the PDP Family. Our eyes are on the big picture i.e. winning the 2023 general elections.”

He further said, “Therefore, let us not lose focus. Let us keep our eyes glued to the big picture. Everything else is secondary. We took office because there was a crisis in the party.

And we don’t want to keep moving from crisis to crisis. It’s not good for the party. We can’t be in perpetual crises, especially where the crisis is artificial.

He added: “The NWC met and discussed the issue of Housing Allowance. It was unanimously agreed that no bribe or any form of illegality took place. A statement has since been issued to that effect. The matter has now been laid to rest.”

Earlier in his remarks, the Chairman of the Forum, Hon. Yunana Iliya, said the members were at the party secretariat to express solidarity with the National Chairman and pledged their unalloyed loyalty to the Ayu-led NWC.

“We stand by the recent Vote of Confidence passed on you by the highest decision-making body of the party, the National Executive Committee (NEC), and we urge all party faithful to close ranks in PDP’s rescue work,” he added.