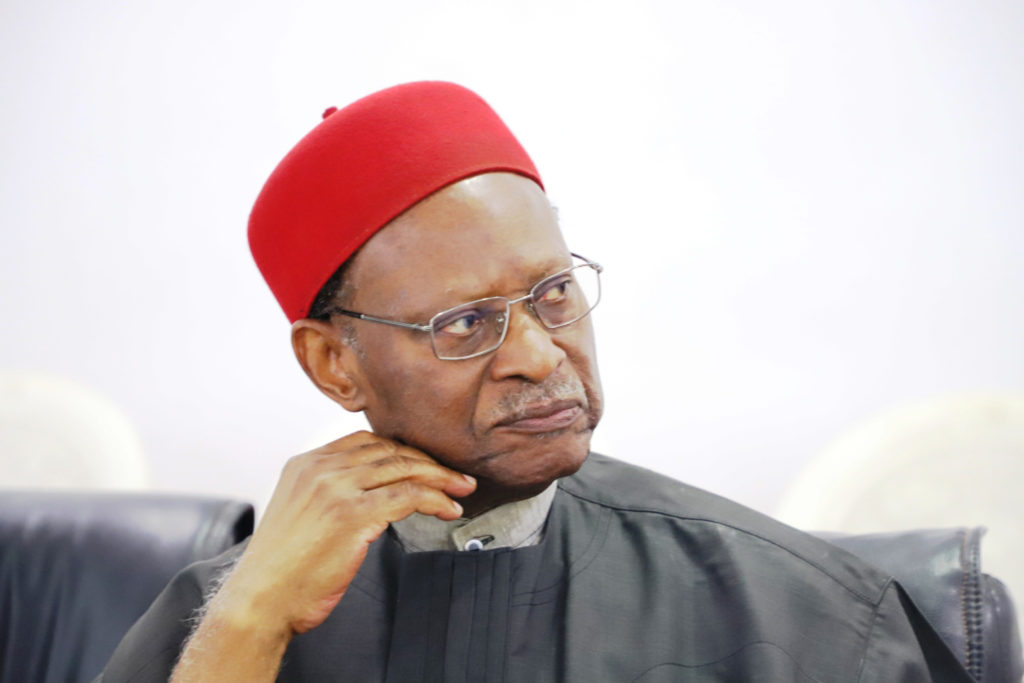 Former Commonwealth Secretary-General, Chief Emeka Anyaoku has turned down the invitation extended to him via a newspaper advertisement to be the Special Guest of Honour at the book launch hosted by Atiku Abubakar, the presidential candidate of the People’s Democratic Party (PDP).

Reacting to the newspaper invitation on Tuesday, Anyaoku said nobody formally consulted him and he never agree to attend the event, and noted that he remains nonpartisan while praying for the emergence of a competent leader to take over the affairs of the country.

The statement reads, “My attention has been drawn to the announcement in This Day newspaper of 26/9/22 that I would be a Special Guest of Honour at Atiku Abubakar’s book presentation scheduled for 28th September at Chida Hotels Events Centre in Abuja.

“Given the understandable propensity to read political meanings in public associations at this time of competition by political parties in the context of 2023 national elections, I wish to unequivocally state that no body sought and obtained my agreement to be present at this particular book presentation.

“I have accepted the unreserved apologies rendered to me by the organizers of the event, and wish to reiterate that I remain non-partisan in praying that my country Nigeria will in 2023 elect people of proven competence and character whose sole mission will be to serve the national interests.”

The PDP candidate will launch three books on his leadership style, and contribution to democratic and constitutional growth in Nigeria in Abuja on Wednesday, September 28, 2022.
Atiku intends to begin his campaigns for the 2023 presidential election in Nigeria with the book launch.