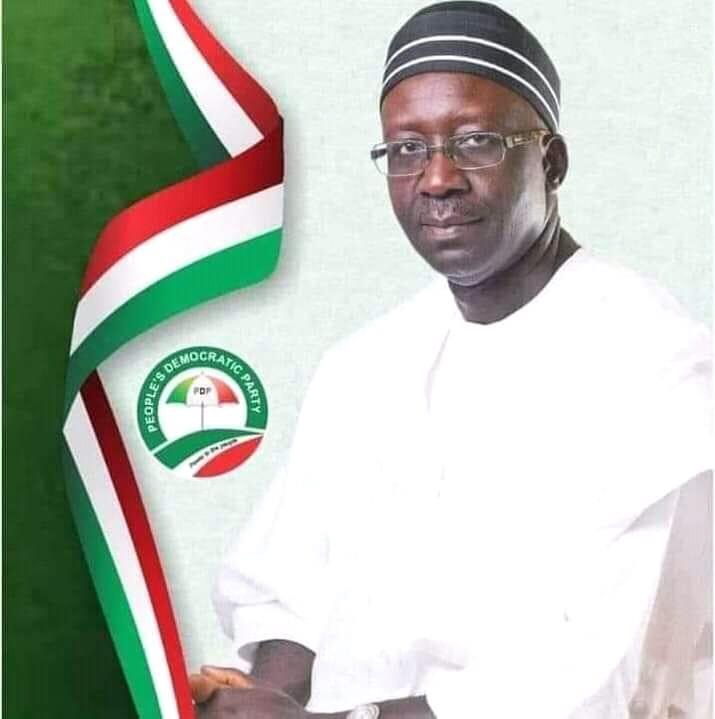 This latest development was sequel to the adoption of a motion on a vote of confidence moved by the Minority Leader of the House of Representatives, Ndudi Elumelu.

Moving the motion, Mr Elumelu commended Mr Ayu and the NWC for their doggedness and for delivering Osun State to the party in the 18 July governorship election in the state.

He also praised the NWC for showing maturity despite disagreement among some members.

“We have decided…because the NWC has tremendously performed,” he said. “I move that a vote of confidence be put before the NWC for their doggedness, forthrightness and their professionalism especially in giving us Osun State and I believe they will give us Nigeria come 2023,” Mr Elumelu said.

His motion was seconded by an APC defector, Ishola Balogun-Fulani. And thereafter, the acting chairman of the party’s Board of Trustees, Adolphus Wabara, put the motion to a voice vote – which was adopted unanimously.

The vote of confidence comes amid crisis rocking the party with some aggrieved members led by the Rivers State Governor, Nyesom Wike, calling for the resignation of Mr Ayu.

Mr Wike and some southern leaders in the party have also asked that the NWC be reshuffled to balance the lopsidedness in the leadership structure, which is in favour of the north.

Mr Ayu, a former senate president, hails from Benue State in the north.

Already, Walid Jibrin, from Nasarawa State, also in the North, had resigned his position as the chairman of the PDP BoT a few hours earlier. He made the announcement at the BoT meeting held on Thursday.

And Mr Wabara, a former Senate President, was immediately named the acting chairman.

At the NEC meeting, some of the party leaders took turns preaching peace and unity in the party.

Mr Elumelu, who described the PDP as the solution to the many problems in the country, said it is important for the PDP to unite.

“We must learn to forgive one another,” he said. “All of us cannot be chairman, presidential candidate. But together we can lead. If only we can be patient, we can lead.”

On his part, Mr Wabara said the party has an inbuilt mechanism to solve problems.

He urged party members to always debrief themselves in-house no matter the issue, rather than play to the gallery.

He also asked members to emulate the chairman who “doesn’t react” and “doesn’t come out to the press.”

While he assured that the PDP is determined to resolve internal disagreements, he admonished members to resolve issues in accordance with the provisions of the party’s constitution and the rules guiding the party.