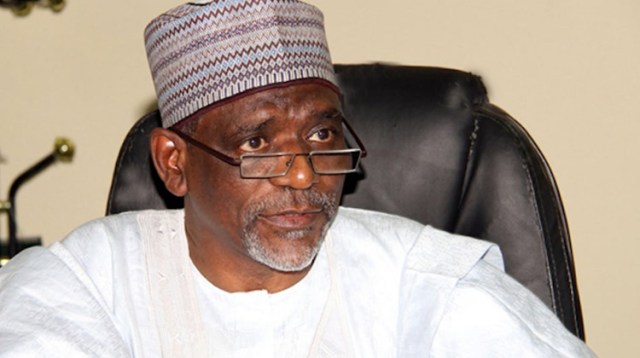 The Federal Government on Tuesday in Abuja met with Vice Chancellors and Pro-Chancellors of federal universities to end the ongoing strike by the Academic Staff Union of Universities (ASUU).

The Minister of Education, Mallam Adamu Adamu, at the meeting, described the indefinite strike by ASUU as an anguish and internal turmoil to him.

Adamu said he wanted the parties to reach an amicable resolution of all the issues contained in the 2009 Agreements because the past two weeks had been a very dark period in the education sector.

“I used to think in a climate of frankness, and with mutual goodwill, an end or solution would have been found to incessant strikes in the education sector.

“This has not been possible or, at least, not as easy and straightforward, as I used to think,” he said.

The minister quoted the President of ASUU, Prof. Emmanuel Osodeke to have said the union would no longer negotiate with the current administration on the ongoing strike.

He said that that position must be resisted to salvage the country’s educational system.

“Government and ASUU have no option than to continue talking, until our universities are reopened to students who, clearly, are the principal victims of the seemingly unending strike.

“In this circumstances, therefore, all councils and senates of our universities are enjoined to rise up to their responsibilities.

“We must, together, continue to work to restore our public universities to where they are in the 60s and 70s.

Speaking further on the outcome of the meeting, Adamu said the federal government is ready for a marginal increase in the remuneration of the university teachers.

“That the federal government can only afford a 23.5% salary increase for all categories of the workforce in federal universities, except for the professorial cadre which will enjoy a 35% upward review,” he said.

“That henceforth allowances that pertain to ad-hoc duties of the academic and non-academic staff shall be paid as at when due by the Governing Councils of Universities to which such services are rendered and to the staff who perform them.

“That a sum of N150 billion shall be provided for in the 2023 budget as funds for the revitalisation of federal universities, to be disbursed to the institutions in the first quarter of the year.

“That a sum of N50 billion shall be provided for in the 2023 budget for the payment of outstanding areas of earned academic allowances, to be paid in the first quarter of the year.”

“The four university-based unions, in separate letters addressed to the chairman of the government re-negotiating team, rejected government’s offer, which they described as inadequate to meet their respective demands needed to tackle the challenges confronting the university system,” he said.