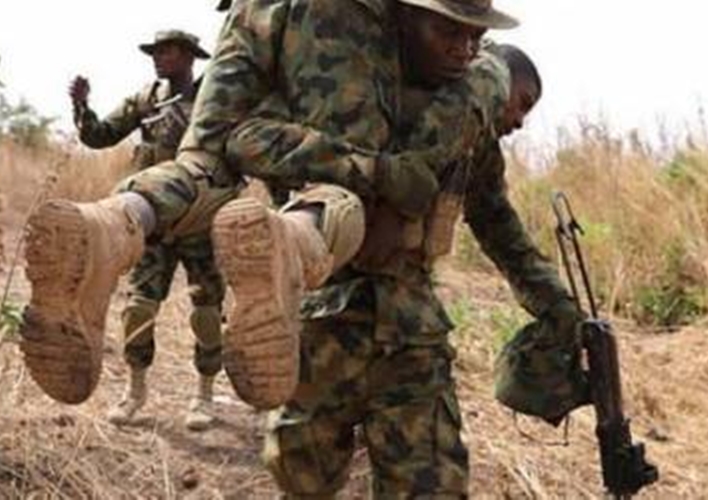 Reports from Katsina, the home state of President Muhammadu Buhari indicate that two officers of the Nigerian Army were killed on Wednesday when their Armoured Personnel Carrier (APC) ran over an IEDs planted by terrorists along Shimfida–Gurbi Road, Jibia Local Government Area of the state..

Four civilians were among those killed during the incident.

It was gathered that the military convoy was escorting residents of Shimfida community to Jibia town.

Also, an officer was declared missing in action and feared abducted by the terrorists.

“Some bandits were also killed while others sustained life-threatening injuries.”