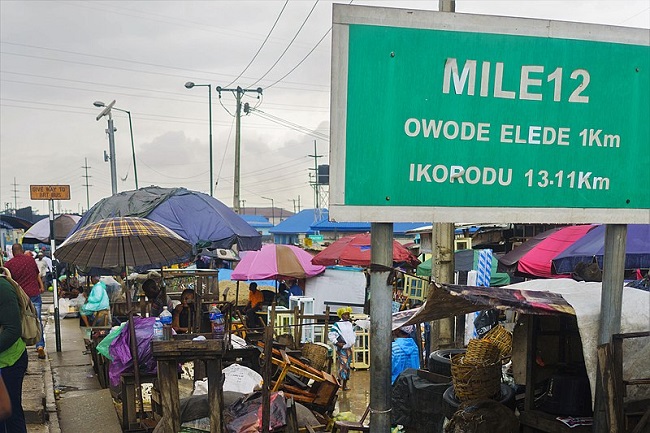 The popular Mile 1 market in Lagos was thrown into pandemonium on Sunday following the killing of one Sulaimon Onaolapo, popularly known as Akiru.

The deceased was the chairman of the parks and garages committee.

His body was seen on the road, after he was reportedly shot by gunmen on Sunday. The incident led to pandemonium in the area as commercial activities were paralysed.

There were intermittent gun shots as rival cult groups engaged in supremacy battle following the killing of Akiru.

Traders hurriedly shut their shops and took off to avoid being caught in the mayhem that ensued.

Report indicated that the dispute occurred when a cult member named Akiru was hit by a rival cult member which subsequently led to complete mayhem.

The deceased was said to be the chairman of the Motor Park under the Mile 12 bridge, a position he was before the state government banned National Union of Road Transport Workers (NURTW) and handed over the affairs of commercial vehicles operators to a 25-man committee.

The report of the clash quickly spread on social media as users warned Lagosians to stay off the Mile 12 axis for now as there was mayhem in the area.

Operatives of the Rapid Response Squad, RRS were quickly drafted to the scene of the mayhem to restore normalcy.

The police operatives said the area is now calm, as normalcy has returned, while RRS officers and others from adjoining police units were on ground to ensure peace.