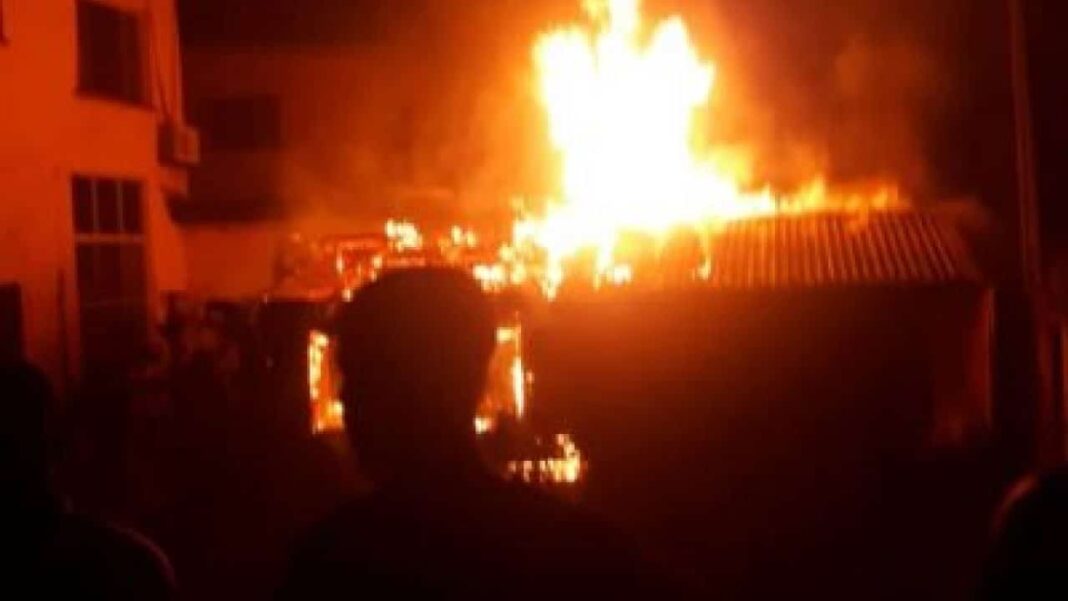 The popular Owode Onirin market along Ikorodu Road, Lagos was gutted by a mysterious fire on Thursday evening.

As of press time, 10.30 pm, the Lagos State Fire and Rescue Service was  combating the intense fire to prevent it from spreading to adjoining structures.

According to eyewitness, the fire started at about 8 pm, with no casualty reported yet.

Director, Lagos State Fire and Rescue Service,  Margaret Adeseye, who confirmed the incident, said the situation has been brought to normalcy.

Adeseye said “On arrival the fire fighters met well alight and subdued in record time leaving only few shops affected from among multitude of the auto mobile spare parts section of the market.

“There was neither case of injury nor death as damping down of the echelon of fiire continues to bring firefighting into conclusion.”

Adeseye, promised to robe the incident, saying, “the cause of the fire will subsequently be investigated thereafter.”