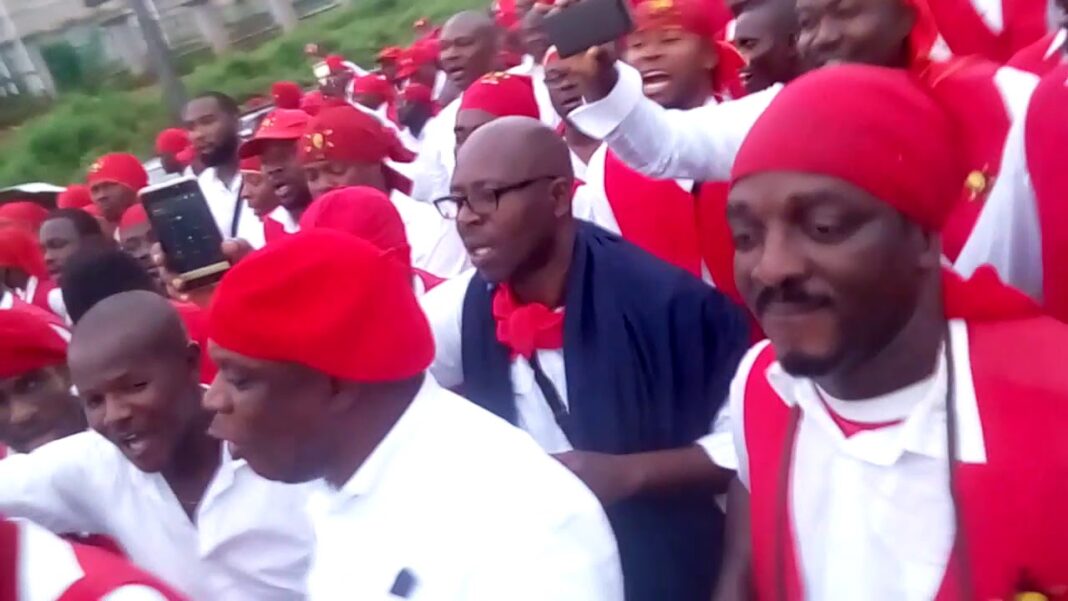 The Capon of Pyrates Confraternity, Abiola Owoaje, has declared the stand of the organisation concerning political affiliations and a video recording of members making a mockery of the health condition of APC Presidential candidate, Asiwaju Bola Ahmed Tinubu.

The statement reads in full:

In the last 48 hours, our attention has been drawn to a viral video of a song that has raised concerns and commentary across Nigeria.

For the avoidance of doubt, between August 4 and August 6, 2022, the National Association of Seadogs (Pyrates Confraternity) was in Ikeja, Lagos, for our 46th Annual General Meeting. This event was attended by over 2,000 of our members who came to Lagos from all over the world.

As part of the activities we were at the Isheri Primary Health Centre on Thursday 4th August, where we provided free medical services to the Isheri Community. Over 300 people were assisted with various forms of medical treatment. We were also at the Police Hospital, Area F, Ikeja, where we donated substantial quantities of PPEs and other medical supplies.

These were part of our NAS Medical Mission which was founded in 2012. In the 11 years since then, we have organised over 50 free medical missions that has made a difference to many disadvantaged communities across Nigeria.

Part of the annual general meeting was the review of all our advocacy, humanitarian and operational activities for the year. This, then, as usual, culminated in a celebratory procession. An aspect of this yearly process that we have undertaken for the last 46 years. In our view, it proceeded without event, until this extremely limited video made this appearance.

Quite contrary to the manner in which certain aspects of the video are being portrayed, no aspect of this procession or the event itself was political. Rather it was the typical climax of our annual general meeting. At no time in the history of this organisation has this event; or indeed any of our events had any slanted political leanings.

Let it be known that the National Association of Seadogs (Pyrates Confraternity) does not mock or discriminate against the physical condition of any person. Never. It is an unfair characterisation and offends everything that we stand for. Indeed, this would cause offence to even our own members that are also, unfortunately, afflicted that this would never be condoned.

We must stress that we are apolitical. As an organisation, we have never had a preferred candidate in any political elections including the upcoming 2023 general elections. We have members who belong to different political parties and are absolutely free to support any candidate of their choice.

It is most unfortunate that political capital is being made of this with interpretations that are totally at variance with the philosophy of the Pyrates Confraternity. Unequivocally, we condemn this in very strong terms.

We understand that political merchants desperately seeking media mileage are all over the place misinforming and twisting events to suit their political agenda. However, we wish to reemphasise that the National Association of Seadogs (Pyrates Confraternity) are not supporting or backing any candidate for the office of the President or any other office in the 2023 general elections and beyond.

As an organisation in tune with disadvantaged and voiceless people, we are committed to the enthronement of a just society in which no one is discriminated against based on tribe, religion, gender or disability. We are against conventions that are moribund. We have always stood for Humanistic ideals, comradeship and chivalry. Nothing that has happened can and will change that posture.

We are determined to continue to use our social programmes, intellectual platforms and our compelling songs to advocate for good governance and accountability!