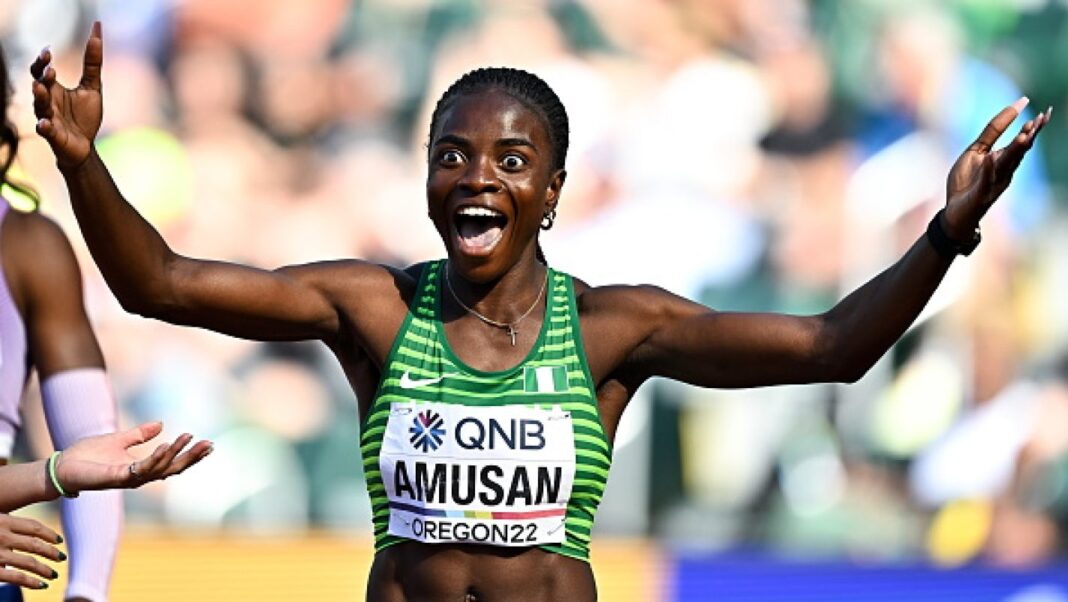 Nigeria’s track golden girl, Oluwatobiloba Amusan, won the women’s 100m hurdles at the 2022 Commonwealth Games in Birmingham, United Kingdom Sunday morning to race into the Games history as the second sprint hurdler to successfully defend the title she won four years ago in Gold Coast, Australia.

The 12.30 secs she clocked in winning the race is also the Commonwealth Games new 100m hurdles record.

It erased the 12.65 Games record set in 2006 by Jamaica’s Brigitte Foster-Hylton.

Before the final, Amusan, who a fortnight ago in Oregon USA set a new world record of 12.12 to win the gold, the first by a Nigerian, ran a new time of 12.40 to win the semi final  but was denied the record by a 2.4 m/s tail wind.

The 25-year-old Amusan has also gone in history as the second sprint hurdler in Games history after Australia’s Sally Pearson (2010 and 2014) to successfully defend the event’s title.

After a successful season in which she claimed the African title, the Commonwealth title, as well as the world record, Amusan should take the deserved rest the preparations for the global meets have deprived her.

Tobi has now become the country’s unarguably most decorated athlete.