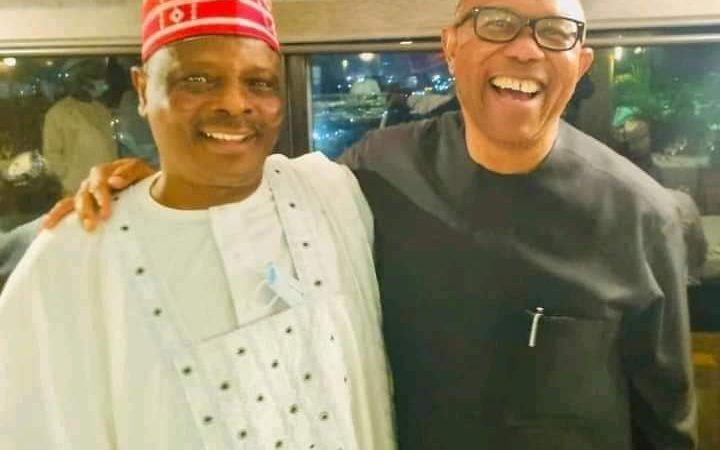 Reacting to the story, which has gained currency on social media on Sunday, the publicity secretary of the party, Ago Major dismissed the speculation, saying NNNPP never agreed into any alliance wherein Kwankwaso would run as a vice presidential candidate to Peter Obi.

“NNPP has never at any time said its esteemed Presidential Candidate, His Excellency, Engr. Dr. Rabiu Musa Kwankwaso, could accept to be Labour Party, Peter Obi’s deputy,” the statement reads.

“The report is misleading and embarrassing to our great party, its Presidential Candidate, Kwankwaso and millions of supporters in Nigeria and in the diaspora, and urges journalists to crosscheck their reports before publishing them to avoid national disaffection ahead of the crucial 2023 general election.

“As a mass movement, NNPP acknowledged alliance talks with Labour Party that would consolidate and boost the nation’s frail democracy as we collectively strive for a new Nigeria which the party champions.”