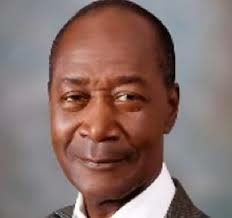 Makoju was the managing director/chief executive officer of the West African Portland Cement Company, at that time Nigeria’s largest cement manufacturing company for more than a decade

Makoju, a former MD/CEO of the defunct Power Holding Company of Nigeria (PHCN) died at a private hospital in Abuja on Monday.

Born on 13 July 1948, he was the Special Adviser to the President/Chief Executive, Dangote Group.

He was also the chairman of  Cement Manufacturers Association of Nigeria, as well as West African Power Pool Executive Board.

Makoju recently retired as the Group Managing Director/ CEO of the Dangote Cement PLC; a position he has held since April 2018.

Makoju attended National Institute for Policy and Strategic Studies NIPSS, Kuru, Jos (mni) from 1989 to 1990. He also holds an honorary Doctor of Science degree in engineering from the Federal University of Agriculture, Makurdi.