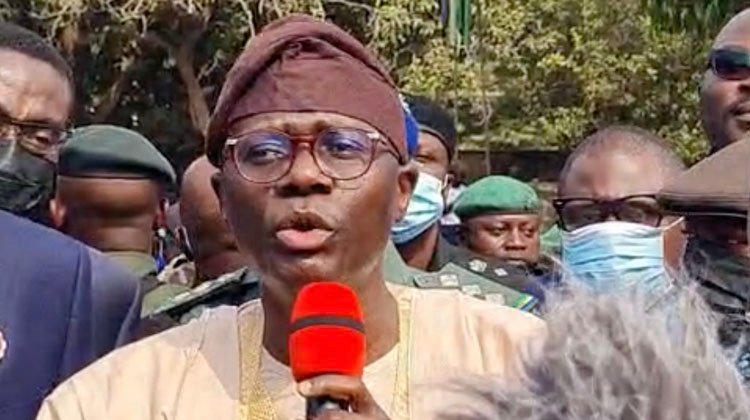 Lagos State Governor, Babajide Sanwo-Olu has appealed to the House of Representatives Ad-hoc Committee, investigating abandoned Federal Government properties across the country to view Lagos with compassion in ensuring that properties owned by Lagos are returned to it.

Sanwo-Olu said the committee must see Lagos as a beaten child that needs to be taken care of by ensuring that assets belonging to the state which have been taken over by the Federal Government and some illegal occupants are returned to the state.

The governor, made the appeal at the weekend, during a courtesy visit by the committee led by its Chairman, Ademorin Kuye, at Lagos House, Marina.

Sanwo-Olu said: “We acknowledge the work that this committee is doing. We know too well that some of those acquisitions at that time were for the overriding public interest.

“We are aware of the great works that you are doing and what previous committees have also done. Our submission and request would be for the committee to be very decisive and to view Lagos with compassion.

“What we have from our records is that there are some assets that we know very clearly that because of how governance has been in the country, had no proper delineation between state and Federal Government at that time. And in fact, a lot of state assets were transferred to Federal Government not because people wanted to be mischievous but because it was convenient at that time.

“I want the committee to see how they can soften and see Lagos as a beaten child that needs to be taken care of. We will also help out in the course of your investigation to bring forward some records that we know will put things in proper perspective.”

He also reiterated the demand of Lagos State for special status, noting that Lagos demanding for special status is not born out of selfishness or greed but based on the responsibilities and burden that had been left behind as a result of her previous status as the capital of Nigeria.

Speaking earlier, Kuye said the committee had also visited some of the abandoned property belonging to the Federal Government in different parts of Lagos and would do the needful to ensure that the properties are recovered from hoodlums and illegal occupants.

“We felt these are properties that should be reclaimed and some should be put for sales so that more revenue can come into the government coffers both at the state and federal levels. And at the same time, bring revenue to the government and make a useful enterprise out of those properties.”

Kuye, who is representing Somolu Federal Constituency of Lagos State in the House of Representatives, assured Sanwo-Olu that his committee would ensure that justice was done to both the Federal Government and state government in respect to the abandoned properties.