How a friend introduced me to online fraud, Invictus Obi 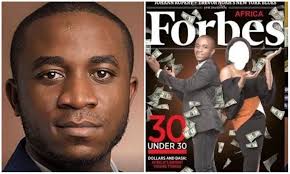 Convicted Nigerian fraudster Obinwanne Okeke, popularly known as Invictus Obi, has said he got involved in fraud after meeting a friend who was living large even though he was young.

The nameless friend, according to Okeke, had three new cars and was living comfortably in a “huge house”.

“When at his house I noticed him on a website www.vionz.to that was selling crypto and bank logins,” Okeke told crime journalist David Pright.

“I asked him about the website and he showed me that he buys bank and crypto logins from there and easily withdraws above $20,000 at a time, that’s how he was funding his lifestyle.

“In 15 minutes he demonstrated it to me and from there I tried it myself when I got home. After successfully doing my first transfer so easily it was hard to stop after that. From there I got introduced to other money-making schemes that got me where I am today.”

The once-celebrated Forbes Africa 30 Under 30 honoree Obinwanne was arrested and arraigned in an American court in August 2019 on charges of computer and wire fraud.

United States Federal Bureau of Investigation said Okeke and at least six other persons were involved in the crimes. He was accused of accumulating about $11 million in fraud proceeds.

“There is a probable cause to believe Okeke has conspired with several individuals to access computers without authorisation and using such access to cause the fraudulent wire transfer of funds,” FBI’s special agent Marshall Ward said in an affidavit he deposed to before Justice Lawrence Leonard, in Norfolk, Virginia, on August 2.

Okeke was named on Forbes Africa’s 30 Under 30 For 2016 and was featured on the magazine’s June 2016 cover. A year later, CNBCA named Okeke as a finalist for Young Business Leader of the Year (West Africa).

His Invictus Group claims to have investments in oil and gas, construction, energy solutions, technology and agriculture.

In his affidavit, Special Agent Ward said illicit financial transactions were traced to a Gmail account believed to be owned by Okeke.

Those transactions, he said, and conspiratorial communications with, at least six other emails, were carried out between 2016 and 2019.

Okeke told Pright he committed the crime he was convicted of. But he said that, unlike Olorunwa “Hushpuppi” Abbas, another popularly Nigerian fraudster in American custody, he did good things with the money he stole.

Okeke insisted he has “made a much more positive contribution to society.”

“He cannot run a business and we are not similar in any way,” he said of Hushpuppi.

“He (Hushpuppi) was out to please the crowd, I was out to change lives, create jobs, and conquer the business world.

“I have done so much for my community back home with my charity foundation, which lives has he helped? Nobody.”T