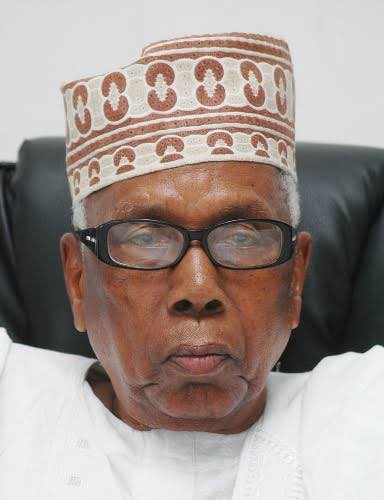 Seasoned bureaucrat and former Super Permanent Secretary during the Yakubu Gowon administration, Ahmed Joda has died at the age of 91.

His death was announced by Humwashi Wonosikou, Chief Press Secretary (CPS) to Governor Ahmadu Fintiri of Adamawa State on Friday.

He said the family of the deceased notified the government that Joda passed away in Yola, Adamawa state capital, on Friday afternoon.

Joda was born in Yola to a Fulani family in 1930, his great-great-grandfather was Modibbo Raji, a 19th-century Islamic scholar and contemporary of Sheikh Usman Dan Fodio.

Ahmed Joda attended Yola Elementary School and Yola Middle School before proceeding to Barewa College from 1945 to 1948. He worked briefly at Moor Plantation in Ibadan, and later as an agricultural officer in Yola before entering the field of journalism at Gaskiya Corporation in Zaria.

He then attended Pitmans College, London from 1954 to 1956. On his return, he became a correspondent at the Nigerian Broadcasting Service from 1956 to 1960.

During the administration of the youthful Yakubu Gowon, he was considered to be among a group known as super Permanent Secretaries.

He then retired into private business during the Second Nigerian Republic, where he served as chairman and board member of various companies including the: Nigerian National Petroleum Corporation, Nigerian Communications Commission, Pastoral Resolve, SCOA Nigeria, Chagoury Group, Flour Mills of Nigeria, and the Nigerian LNG.

He was also a member of the 1988 Constituent Assembly which planned the constitutional transition of the Third Nigerian Republic.

In 1999, he was appointed as a member of the Committee to Advise the Presidency on Poverty Alleviation and in 2015, headed the Muhammadu Buhari presidential transition.